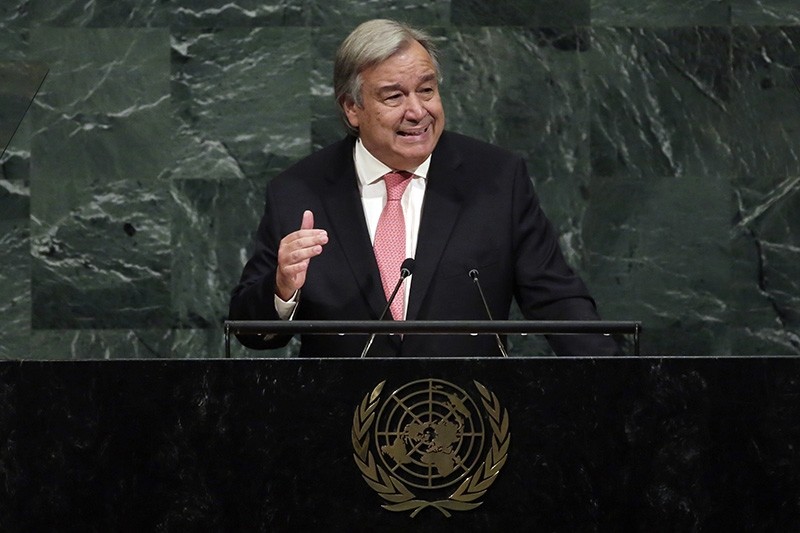 U.N. officials are calling on Iran to respect protesters' rights and release any who have been arbitrarily arrested while demonstrating peacefully.

A spokesman said Wednesday that Secretary-General Antonio Guterres is urging respect for rights. He's also stressing that demonstrations should be peaceful.

Hussein also is calling on Iranian authorities to investigate all deaths and serious injuries during the protests that have roiled Iran over the last week.

At least 21 people have been killed and hundreds have been arrested amid anti-government protests fueled by economic grievances. Iranian state media reported Wednesday that tens of thousands of people took part in pro-government counter-demonstrations.