US calls for emergency UN session on Iran protests 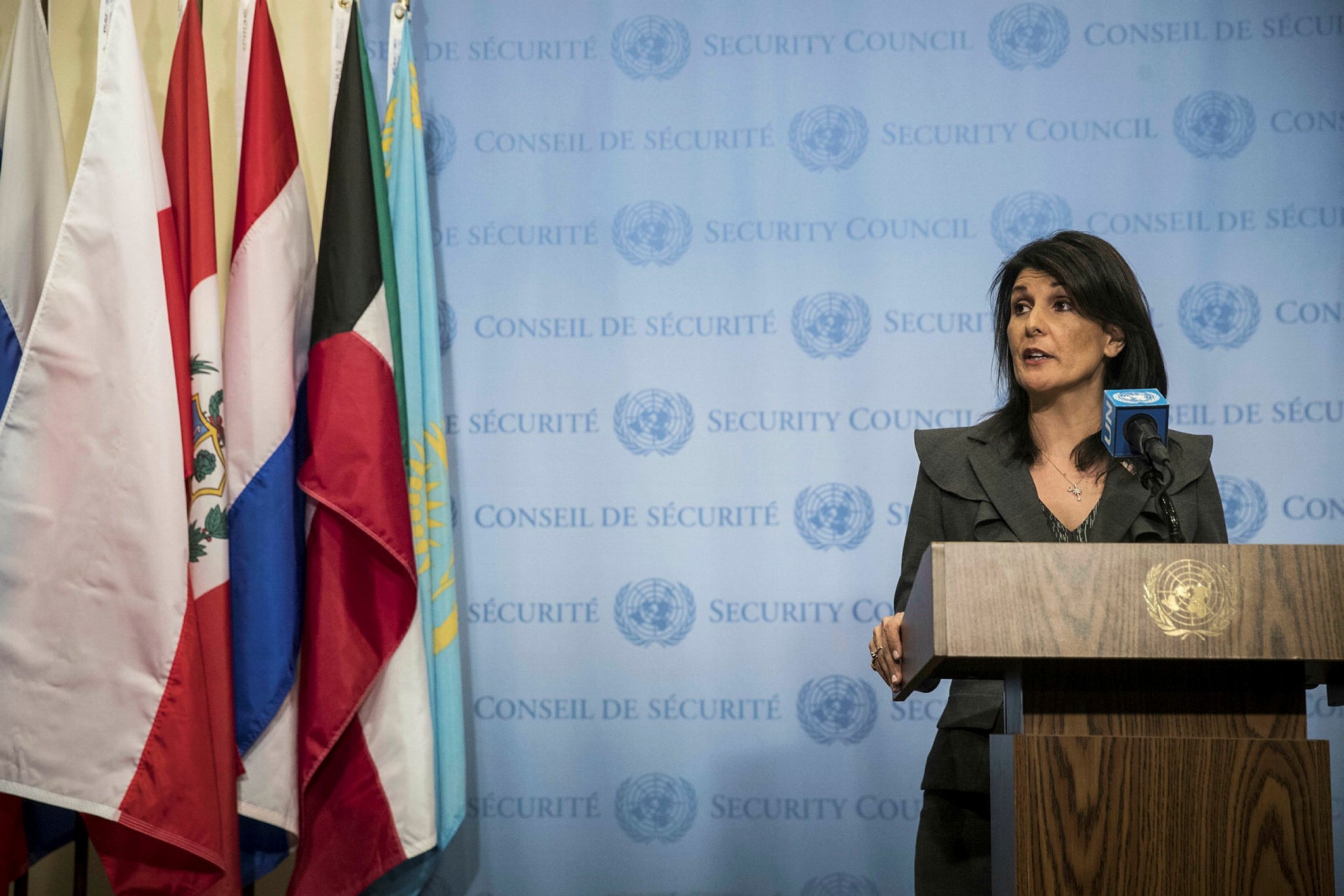 The U.S. is calling for an emergency session of the UN Security Council and the Human Rights Council in Geneva amid mass demonstrations in Iran, Washington's UN envoy said Tuesday.

"We must not be silent. The people of Iran are crying out for freedom. All freedom-loving people must stand with their cause," Nikki Haley told reporters at the UN's New York headquarters.

"Now the Iranian dictatorship is trying to do what it always does, which is to say that the protests were designed by Iran's enemies. We all know that's complete nonsense. The demonstrations are completely spontaneous. They are virtually in every city in Iran. This is the precise picture of a long-oppressed people rising up against their dictators," she added.

Thousands of Iranians hit the streets beginning Thursday in the northeastern cities of Mashhad and Kashmar to protest rising commodity prices and perceived government mismanagement, according to local media reports. The demonstrations have since spread, including to the capital Tehran.

At least 23 people have been killed and more than 500 reportedly detained since the demonstrations began, including 200 in Tehran.

Haley warned that "more outrageous abuses" can be expected in the following days, given what she called the precedent set by the Iranian government.

"In these first days of 2018, nowhere is the urgency of peace, security and freedom being more tested than in Iran," she said.

"We regret the reported loss of life, and we hope that further violence will be avoided. We expect that the rights to peaceful assembly and expression of the Iranian people will be respected," Farhan Haq told reporters.

"In recent events, the enemies of Iran united by using different tools in their disposition, including money, weapons, politics and intelligence, in order to create problems for the Islamic system," Khamenei said in comments posted on his official website.

"What prevents the enemies and their hostile actions is the spirit of courage, self-sacrifice and faith among the people."

President Donald Trump said the U.S. is "watching" events unfold, writing on Twitter that the Iranian "people have little food, big inflation and no human rights".

The head of Iran's Tehran Revolutionary Court further warned that protesters who rallied against the government after the second day of demonstrations may face "serious penalties".

The revolutionary courts in Iran have special jurisdictions which include trying suspects involved in attempts to overthrow the Islamic government.

"We wish for peace in the country to be ensured, as soon as possible, and that common sense would prevail to prevent the escalation of the incidents, and that provocative rhetoric and external interventions would be avoided," the Turkish Foreign Ministry said in a statement.