Over half of displaced Iraqis have returned home, UN migration agency says 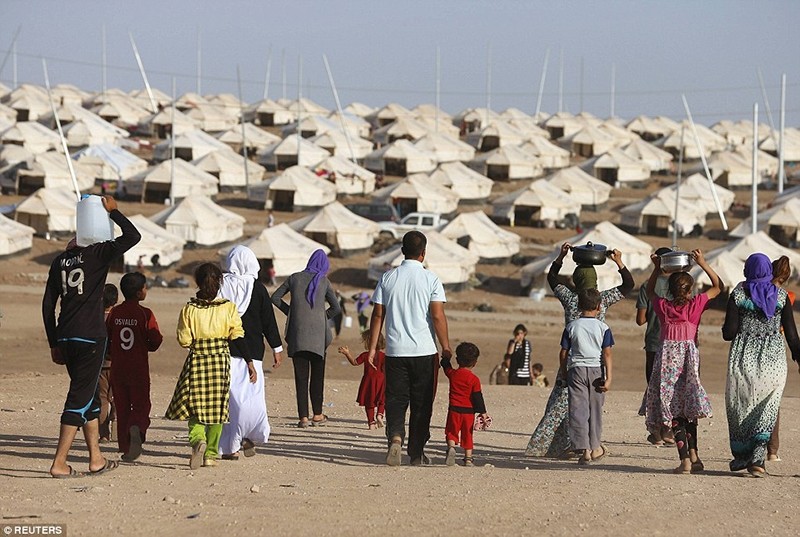 More than half of Iraqis displaced by conflict to other parts of the country have returned to their homes, the U.N. migration agency said on Thursday.

At the end of December, more than 3.2 million displaced Iraqis had gone home while 2.6 million still lived away, the International Organization for Migration said.

Iraqi forces have regained large swathes of the country from the Daesh terrorist group since the terrorists seized them in 2014, sending tens of thousands running for their lives.

In December, Baghdad declared victory over Daesh after a three-year war against the terrorists that caused tens of thousands more to flee.

"The retaking of areas by the Iraqi forces is significant, as is the improvement of security," said IOM communications officer Sandra Black.

Nearly one-third are reported to have returned to houses that have been significantly or completely damaged, she said.

Around 60 percent went back to housing that was only moderately damaged.

Other infrastructure has also been affected in the fighting, with residents in some areas reporting no water or power supply.

More than 1 million Iraqis have returned home to the western province of Anbar, from which Iraqi forces expelled the last terrorists late last year.

More than a third of those internally displaced are in the northern province of Nineveh after tens of thousands fled second city Mosul during the monthslong military campaign to retake the city.