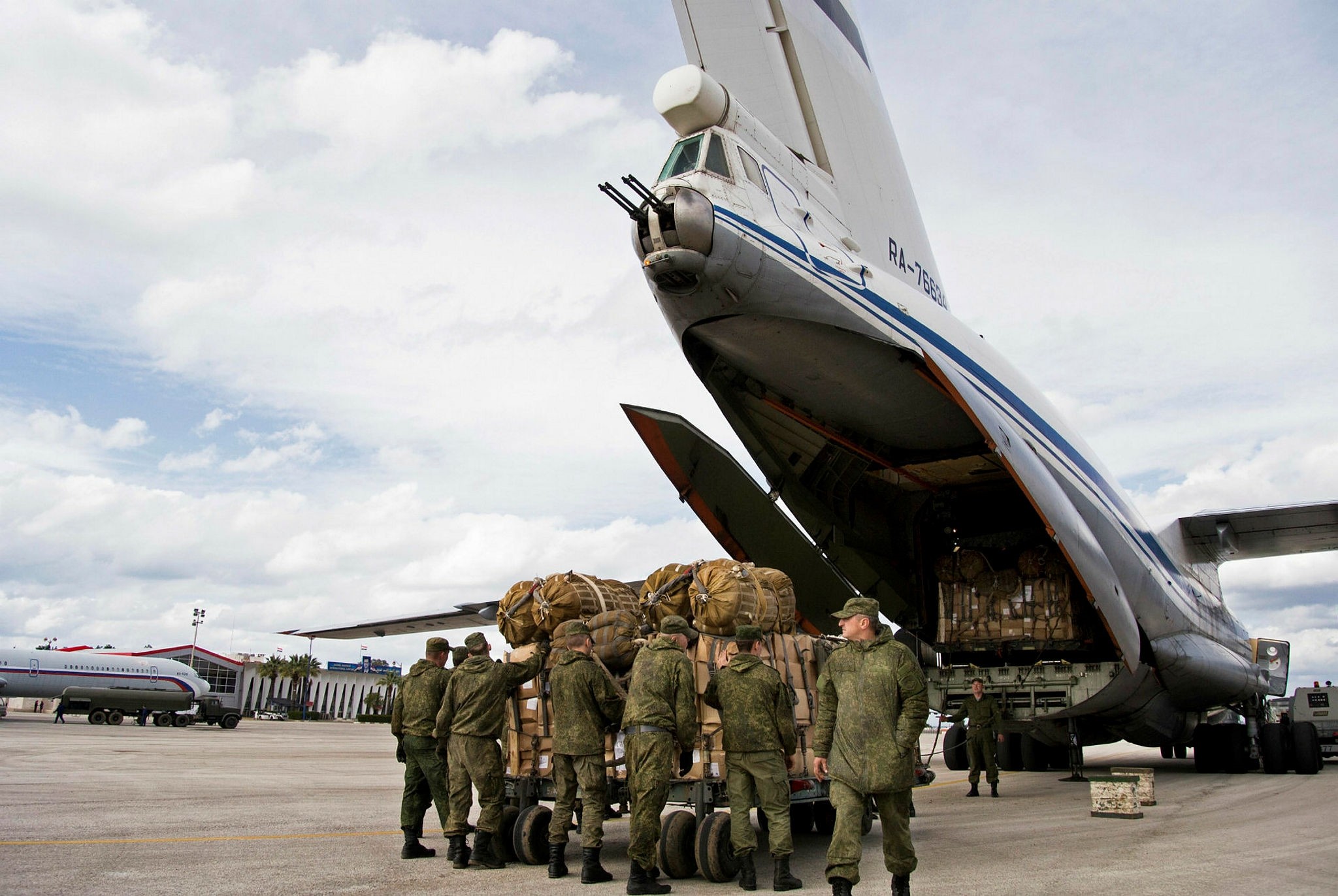 In this Wednesday, Jan. 20, 2016 file photo, Russian air force personnel prepare to load humanitarian cargo on board a Syrian Il-76 plane at Hemeimeem air base in Syria. (AP Photo)
by Daily Sabah with Reuters Jan 04, 2018 12:00 am

Two Russian soldiers were killed by shelling at the Hemeimeem air base in Syria on Dec. 31, the Russian defense ministry said Thursday.

"During night time on Dec. 31, 2017 the airfield Hemeimeem was subjected to a sudden mortar shelling of a mobile group of militants. As a result of the shelling, two servicemen were killed," the ministry said.

It also dismissed an earlier report about the destruction of seven Russian planes during the shelling.

"A report by [Russian daily] Kommersant about the alleged "de facto destruction" of seven Russian military aircraft at Hemeimeem [is] fake. The Russian air group in Syria is combat-ready and continues to fulfill all tasks of its intended purpose in full," the ministry added.

According to the ministry, Assad regime forces are working to locate and destroy those related to the attack.

Earlier, Kommersant reported that at least seven Russian planes were destroyed by the shelling at the Hemeimeem on Dec. 31, citing two sources.

In the single biggest loss of military hardware for Russia since it launched air strike in Syria in autumn 2015, more than 10 servicemen were wounded in the attack by militants, the report said.

At least four Su-24 bombers, two Su-35S fighters and an An-72 transport plane, as well as an ammunition depot, were destroyed by the shelling, Kommersant said on its website, citing two "military-diplomatic" sources.