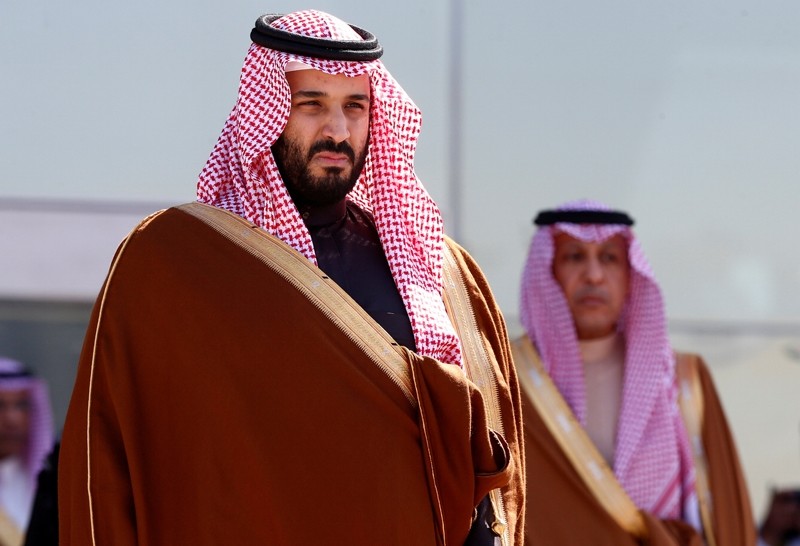 Saudi authorities have arrested 11 princes who protested against the kingdom's austerity measures that included suspending payment of their utility bills and who could face trial, the Saudi government confirmed Saturday.

The princes, who were not named, were protesting at a historical Riyadh royal palace, Qasr al-Hokm, against a government's decision to stop paying the water and electricity bills of royals.

They were also demanding "financial compensation" after one of their cousins had been sentenced for an unspecified crime.

Citing a statement from the attorney general, the Saudi Press Agency (SPA) said the 11 princes were arrested after they were informed that their behavior was incorrect.

"They were arrested after they refused to leave the palace and were put in al-Ha'ir prison in preparation for their trial," the statement said.

Saudi Arabia, the world's top oil exporter, has introduced reforms that included cutting subsidies, introducing value added tax (VAT) and cutting perks to royal family members to try to cope with a drop in crude prices that has caused a budget deficit estimated at 195 billion riyals in 2018.

"They were informed of the error of their demands, but they refused to leave Qasr al-Hokm," Sabq said, quoting unidentified sources. "A royal order was issued to the royal guards ... to intervene and they were detained and put into al-Hayer prison in preparation to put them on trial."

It gave no details on the identity of the princes but said the leader of the group had been identified by the initials S.A.S.

"Everybody is equal before the law and anyone who does not implement regulations and instructions will be held accountable, no matter who he is," the website added.

Saudi Arabia last year rounded up dozens of royal family members, current and former senior officials in a crackdown on corruption that has also strengthened the power of Crown Prince Mohammed bin Salman.

They were held at the five-star Ritz Hotel in the capital Riyadh while government officials negotiated financial settlements.