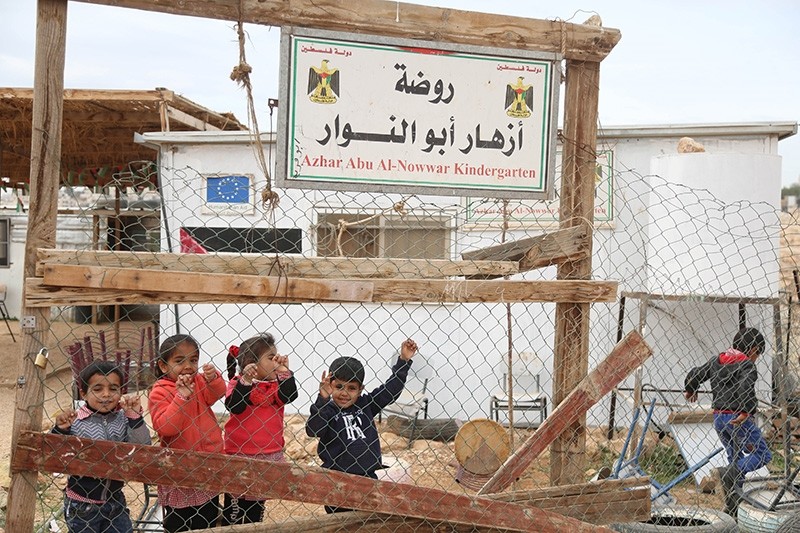 Every morning, a group of Bedouin children gather to study at an enclave of single-roomed classes constructed of mud and tire near occupied East Jerusalem.

The classes serve as the only school for children in the Abu al-Nawwar Bedouin community, which is hemmed in on all sides by Israel's Maale Adumim, Kedar and New Kedar settlements.

Built in 2014, the school now faces the threat of demolition by the Israeli authorities.

"If they did, we would rebuild it again," a defiant Mohamed said.

In early 2016, Israeli military bulldozers demolished the school, which was originally funded by the French government. Local residents, however, quickly rebuilt it as tin classrooms, with no electricity, no labs nor computers, and no playgrounds.

The school has also managed to obtain a "precautionary order" from the Israeli High Court not to demolish it. Now, Israeli authorities have issued a demolition order for two classes recently added to the school.

"Why they seek to deprive us from having a school like other people," Osama al-Jahalin, a fourth grader, said.

"They had razed the school and we managed to rebuild it," he said. "We will build it again if they demolish it."

Before the school was built, Bedouin children would have to cross the highway to catch rides to school in al-Azariya town, 3.2 kilometers (2 miles) from East Jerusalem.

"Without the school, we had to travel every day to al-Azariya," Shaimaa Musa, a fourth grader, said.

"It's quite far for us," added Musa, who dreams of becoming a teacher to educate her fellow Bedouins.

Radwa Mustafa, a teacher at the school, said Bedouin children hold fast to their right to education despite hardships.

"The school is the only remaining hope for the Bedouin community and its demolition means a major loss," she said.

For years, the Israeli government has tried to dismantle the Abu al-Nawwar community -- which consists of some 700 people who work mainly as shepherds -- to make way for its massive E1 settlement project in East Jerusalem.

"Israeli authorities demolish our community every now and then to pave the way for building settlements," Daud al-Jahalin, a spokesman for Abu al-Nawwar community, said.

The holy city has dominated world attention after U.S. President Donald Trump on Dec. 6 recognized Jerusalem as the capital of Israel, increasing the tension across the region.