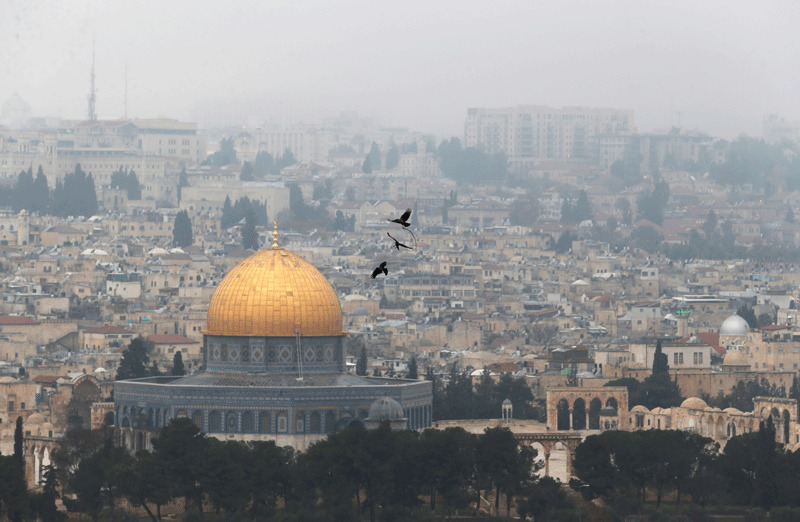 Egypt on Sunday refuted a report by The New York Times claiming that an Egyptian intelligence officer sought celebrity help in a bid to get them to rally Egyptian public opinion behind last month's U.S. decision recognizing Jerusalem as Israel's capital.

The daily claimed that an Egyptian intelligence officer had placed phone calls to the hosts of several influential talk shows that instead of condemning the U.S. decision, they should persuade the audience to accept it.

Current Egyptian foreign policy is to recognize Tel Aviv as Israel's capital. Most countries refuse to recognize Jerusalem as the capital because such a move complicates a peace deal between Israel and the Palestinians, who want part of Jerusalem as an eventual capital.

The report, based on alleged audio recordings, stated that the officer told four "influential" media figures that Egypt would denounce the decision in public, but that they should persuade their viewers to accept it.

In a statement on its website, Egypt's State Information Service (SIS) said that two TV hosts mentioned in the report no longer present any shows. One of them stopped years ago.

The two others, one a movie star, have denied receiving any call from any officer, the statement said.

It added that alleged leaks should not be a source of information on Egypt's positions on international issues.

"Egypt's positions are conveyed by the president, the foreign minister and in official statements," it said.