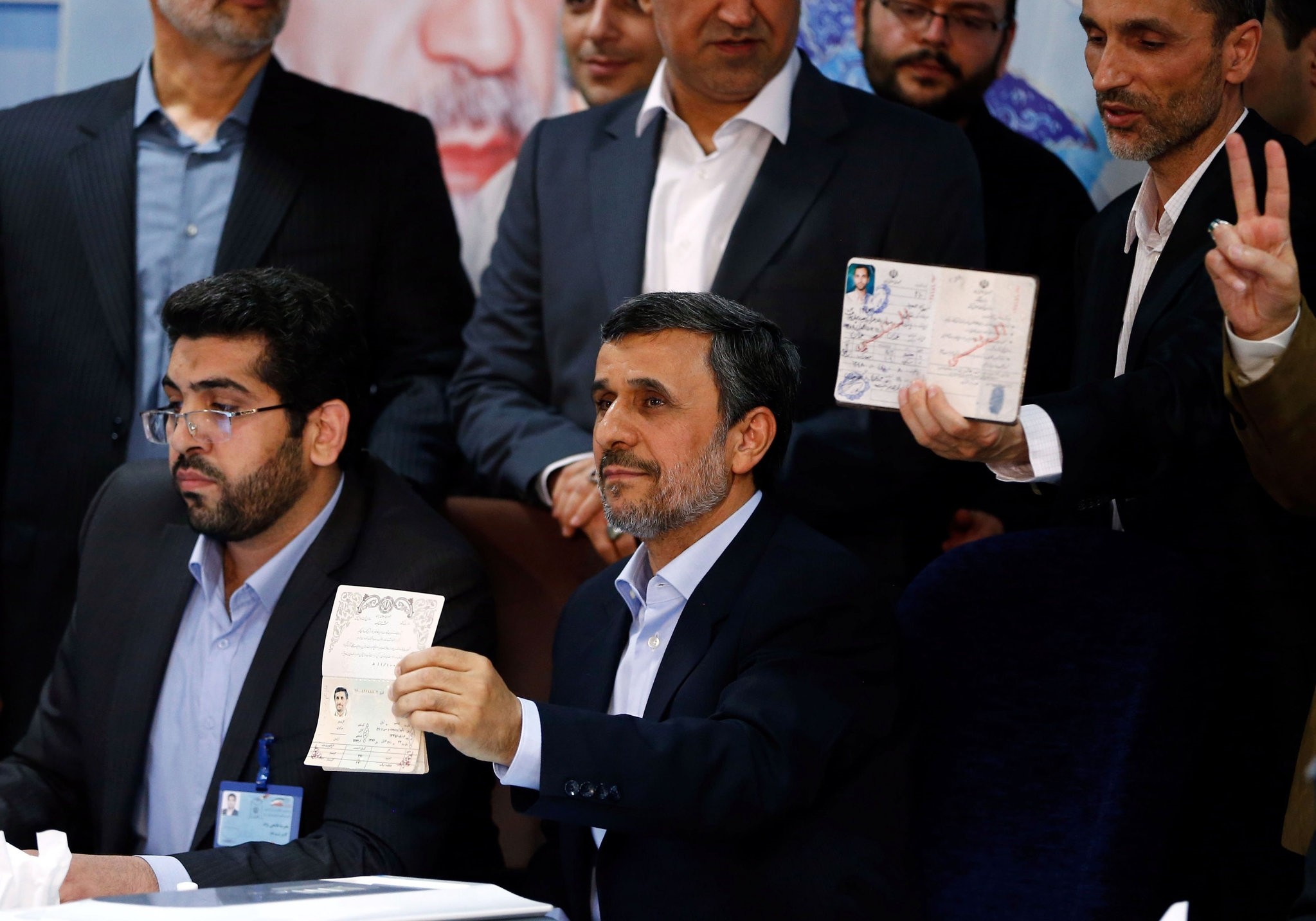 Former Iranian president Mahmoud Ahmadinejad (C) displays identification at the Interior Ministry's election headquarters as candidates begin to sign up for the upcoming presidential elections in Tehran on April 12, 2017. (AFP Photo)
by Daily Sabah Jan 07, 2018 12:00 am

The former president was arrested over previous remarks he made Dec. 28 in the western city of Bushehr accusing the Rouhani administration of mismanagement.

The newspaper quoted Ahmadinejad as saying: "Some of the current leaders live detached from the problems and concerns of the people, and do not know anything about the reality of society."

He also accused President Hassan Rouhani's government of "believing that they own the land and that the people are an ignorant society."

According to the report, prosecutors seek house arrest for Ahmadinejad.

However, he has been increasingly ostracized by the political establishment. He was barred from running in last year's election and his protege Hamid Baghaei was sentenced to 63 years in prison on financial charges in December.

Price hikes sparked protests in a number of cities and towns late last month, and at least 21 people were killed in scattered clashes.

The protests, which vented anger at high unemployment and official corruption, were the largest seen in Iran since the disputed 2009 presidential election, wiith some demonstrators calling for the overthrow of the government.

No official arrest figures were available Sunday. Most estimates put the number between 1,000 and 1,800 across the country, 100 of those students. Nearly 20 people have been killed during the unrest.