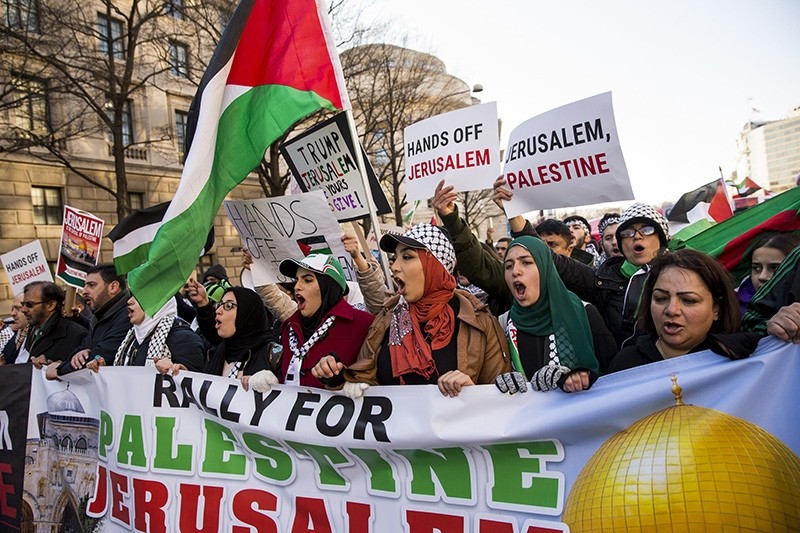 Israel on Sunday identified 20 activist groups from around the world whose members will be banned from entering the country over their calls to boycott the Jewish state, stepping up its fight against a movement it views as a serious threat.

Israel last year enacted a law that would ban any activist who "knowingly issues a public call for boycotting Israel."

The list made public Sunday, which includes a Nobel Peace Prize winning organization, follows up on that legislation and could impact thousands of people if it is enforced.

The list is part of Israel's efforts against a grassroots movement known as BDS, which calls for boycotts, divestment and sanctions against Israel over its policies toward the Palestinians. The movement has urged businesses, artists and universities to sever ties with Israel and it includes thousands of volunteers around the world.

Supporters of the movement say the tactics are a nonviolent way to promote the Palestinian cause. Israel says the campaign goes beyond fighting its occupation of territory Palestinians claim for their state and often masks a more far-reaching aim to delegitimize or destroy the Jewish state.

Erdan's office said the list would be provided to Israel's immigration authority, but it wasn't clear how the ban would be enforced, including for Israeli citizens who might be members of the groups. A spokesman for Erdan did not respond to requests for clarification.

The listed groups, from the United States, France, South Africa and beyond, count thousands of people as members. They were chosen because they are the main ones who "operate consistently and continuously" against Israel, according to Erdan's office.

American Friends Service Committee, a Quaker group on the list, said it would continue to work for "peace and justice." The group, together with a British Quaker organization, won a Nobel Peace Prize in 1947 for assisting World War II refugees.

"We answered the call for divestment from apartheid South Africa and we have done the same with the call for Boycott, Divestment, and Sanctions from Palestinians who have faced decades of human rights violations," said Kerri Kennedy, an AFSC official responsible for international programs.

The U.S.-based Jewish Voice for Peace, which says it has more than 13,000 members, was also blacklisted.

"Israel's decision to specifically ban JVP is disconcerting but not surprising, given the further erosion of democratic norms and rising anxiety about the power of BDS as a tool to demand freedom," Jewish Voice for Peace wrote on Facebook in response to the decision.

In the years since its formation, the BDS movement has persuaded several church organizations to divest themselves of Israel-related investments and has garnered support on U.S. college campuses. Most recently, pop singer Lorde joined a number of other performers who have canceled performances in Israel amid pressure from BDS activists.

Even so, a slew of other musicians have defied boycott calls and performed. Israel has also enjoyed new economic partnerships and diplomatic ties despite calls for boycotts and it has become a top destination for international sporting and cultural events.