Iran urges readiness for US withdrawal from nuclear deal 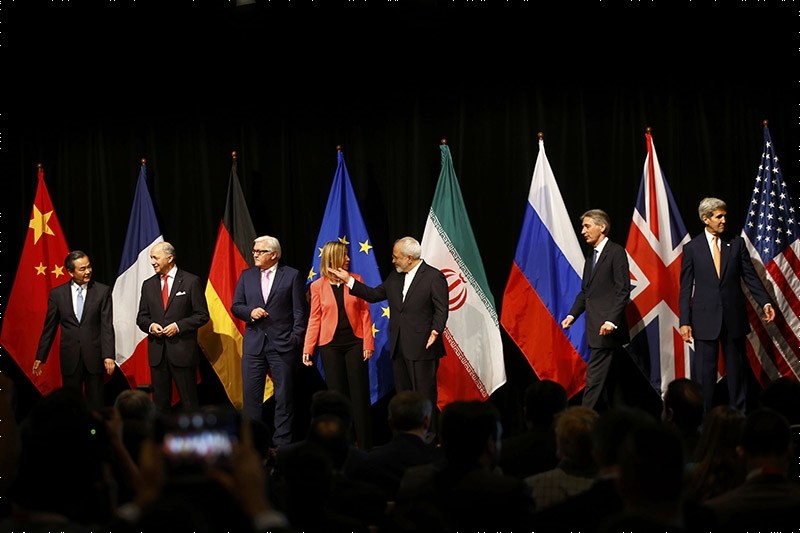 Iran warned the world on Monday to prepare for the possible withdrawal of the United States from the landmark nuclear deal agreed in 2015.

"The international community must be prepared for the U.S. possibly pulling out of the JCPOA," said deputy foreign minister Abbas Araghchi, using the technical name for the nuclear deal.

Iran signed the accord in 2015 with six world powers, agreeing to curb its nuclear program in exchange for the lifting of many international sanctions.

U.S. President Donald Trump openly despises the deal — a central foreign policy achievement of his predecessor Barack Obama — but has so far continued to waive the nuclear-related sanctions at regular intervals as required to stay in compliance.

The next deadline for Trump to waive sanctions falls on Friday.

"It's been more than a year that the U.S. president has sought to destroy the JCPOA with all his efforts," said Aragchi, speaking at the Tehran Security Conference.

A withdrawal by the US will lead to an "appropriate and heavy response," added foreign ministry spokesman Bahram Ghasemi.

"The U.S. administration will definitely regret it," he said on state television.

Foreign Minister Mohammad Javad Zarif is due to travel for talks with the European parties to the deal — Britain, France, Germany and the EU — at the end of the week.

Meanwhile, Iran's nuclear chief, Ali Akbar Salehi said the country might reconsider its cooperation with the U.N. nuclear watchdog if the United States failed to respect its commitments in the nuclear deal Tehran struck with world powers in 2015.

"If the United States does not meet its commitment in the JCPOA, the Islamic Republic of Iran would take decisions that might affect its current cooperation with the International Atomic Energy Agency (IAEA)," Salehi was quoted as telling IAEA Director General Yukiya Amano in a phone call.

The IAEA is an international organization that seeks to promote the peaceful use of nuclear energy, and is scrutinizing Iran's compliance with the agreement.

Supporters of the deal insist that strong international monitoring will prevent Iran from developing nuclear bombs. Iran has denied that it is seeking nuclear weapons.