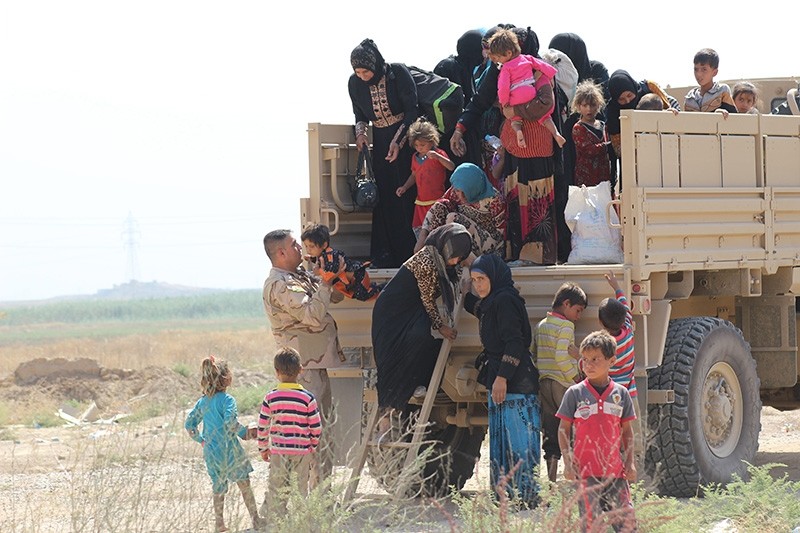 Iraqi's flee from the Havice district of Kirkuk after Daesh attacked their village. (AA Photo)
by Daily Sabah with AA Jan 10, 2018 12:00 am

Saed said thousands of villagers are still living in tents near the Kirkuk city center.

He added that Kirkuk's south was the area that Daesh terrorists harmed the most in all of Iraq.

Many villages do not have electricity, water, sewage systems, education or health services, Saed said.

"It seems impossible for residents to return before the infrastructure that was totally destroyed is reconstructed. For reconstruction, there is definitely a need of the state's support."

In recent months, Daesh has suffered a string of major defeats in both Iraq and Syria after overrunning vast swathes of territory in both countries in mid-2014.