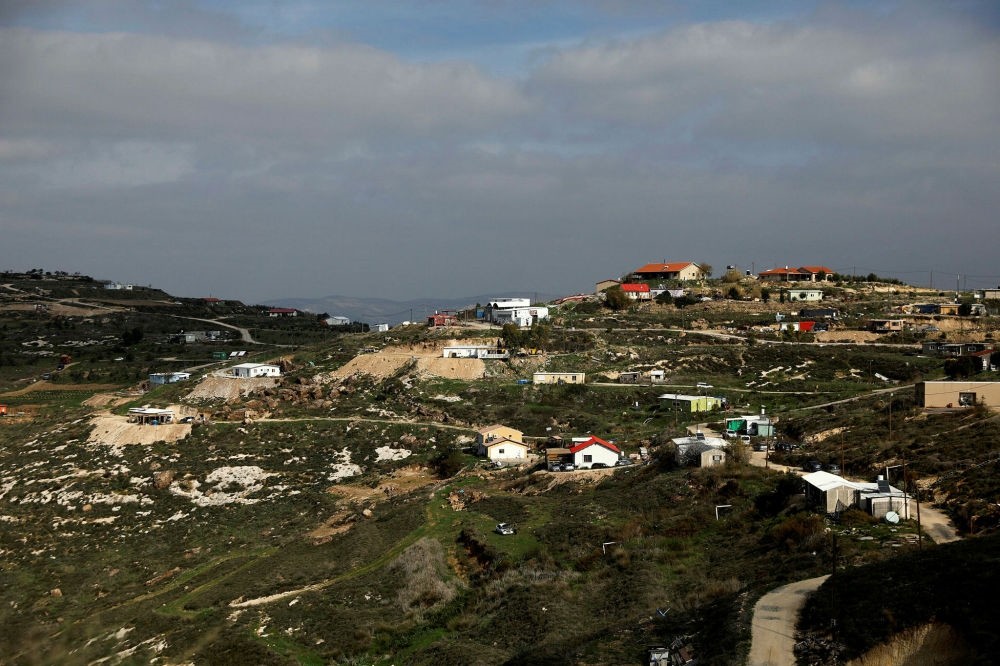 Israeli Defense Minister Avigdor Lieberman asked his staff to look into how Havat Gilad, near the occupied West Bank city of Nablus, could be legalized as a settlement.
by Compiled from Wire Services Jan 12, 2018 12:00 am

After calls for punitive measures against Palestinians following the shooting of an Israeli settler in the occupied northern West Bank, Israel approved the construction of 1,100 new settlement units

Israeli authorities approved more than 1,100 new settlement units in the illegally occupied West Bank, the Peace Now nongovernmental organization said yesterday, the latest in a raft of such moves in recent months.

Some 352 of the homes received final approval while the others are at an earlier stage in the process, Hagit Ofran of Peace Now, which monitors settlement building, told Agence France-Presse (AFP). A total of 1,122 housing units were advanced, including seven already existing homes given retroactive approval. According to Ofran, the majority of the approvals are for settlements deep in the West Bank that Israel would likely need to evacuate as part of a two-state solution to the Israeli-Palestinian conflict.

"It's a part of the general trend that the government is doing, which is to build all over the West Bank, even more in places that Israel would need to evict, and in this way to torpedo the possibility for a two-state solution," she said.

The approvals were given on Wednesday by a Defense Ministry committee with authority over settlement construction. A shooting that killed an Israeli settler on Tuesday in the West Bank led to fresh calls for further settlement building, although the plans approval was already in the works. Defense Minister Avigdor Lieberman said he ordered his staff to look into how Havat Gilad, near the northern West Bank city of Nablus, could be legalized as a settlement.

Israel faced sharp criticism from the administration of former U.S. President Barack Obama over settlement construction, but that has not been the case with U.S. President Donald Trump's White House, and Israeli officials have sought to take advantage of his backing. Sporadic unrest has occurred since Trump provoked Palestinian anger by recognizing Jerusalem as Israel's capital on Dec. 6. Fourteen Palestinians have been killed since then, with most of them shot dead in clashes with Israeli forces.

More than 600,000 Israelis live in settlements in the West Bank, including annexed east Jerusalem, which are seen as a major obstacle to peace between Israel and Palestinians. They live alongside some 3 million Palestinians.

After the 1967 Six-Day War, Israel annexed east Jerusalem and deems the entire city its "indivisible and eternal capital," a status not recognized internationally. Israel pulled out of Gaza in 2005, and it is now ruled by Hamas.