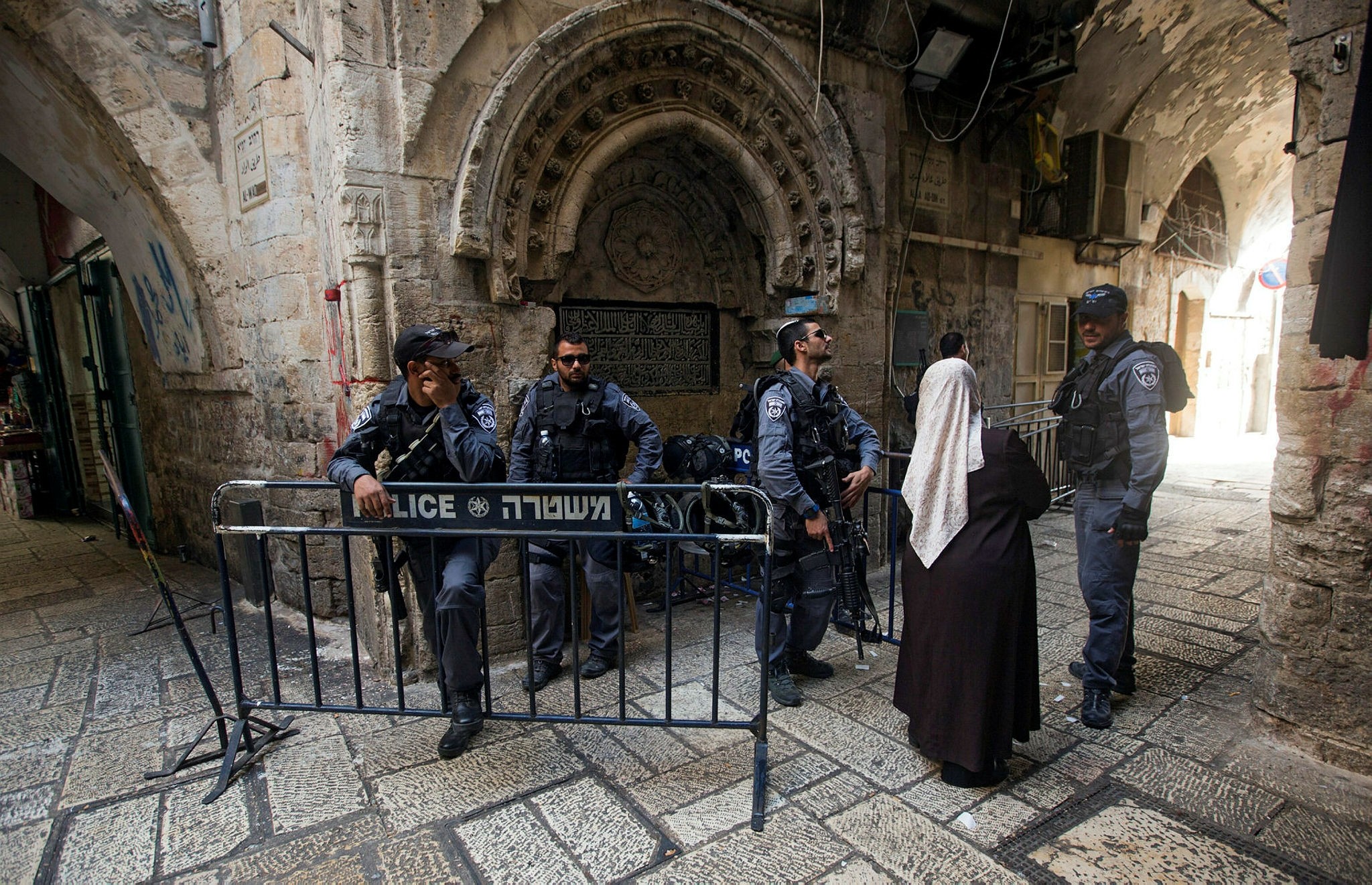 Palestine's Minister of Awqaf and Religious Affairs said Sunday that Israel had committed more than 1,000 violations against mosques and churches in 2017.

Speaking at the government press center in Ramallah, Yousef Adeis said Jerusalem's flashpoint Al-Aqsa Mosque compound in particular had been subjected to more than 40 attacks a month.

Jewish settlers recite their holy text Talmud at the mosque, he said, referring to the frequent incursions into the holy compound.

He said the mosques located in East Jerusalem and West Bank had been stormed 12 times while cemeteries were attacked 15 times.

The Israeli government prevented Ibrahimi Mosque in Al-Khalil (Hebron) from reciting the adhan 645 times in 2017, he said.

He added that the mosque had been closed to the Muslims and opened for the Jews. Its entrance was obstructed, restoration was not allowed, and cameras were installed for surveillance in the area, he said.

Adeis went on to say that the Catholic Salesian Church located in Nasira, northern Israel had also been attacked and insults against Jesus Christ were written on the walls.

Calling for international protection of the holy sites in the region, Adeis said the Israeli government and Jewish settlers wanted to bring down the Al-Aqsa Mosque and build Solomon's Temple in its place.

In recent years, the Israeli authorities have allowed Jewish settlers into the mosque complex -- usually through the Magharba Gate -- in steadily increasing numbers.

There were more than 25,000 incursions by Israeli settlers into the compound in 2017, according to Jerusalem's Jordan-run Islamic Waqf agency. The figure was more than 15,000 in 2016.

Palestinian and Jordanian governments have repeatedly called on the Israeli authorities to prohibit the practice -- calls Israel has largely failed to heed.

Settler incursions into the mosque compound, which Muslims regard as the world's third holiest site after Mecca and Medina, generally increase during Jewish religious holidays.