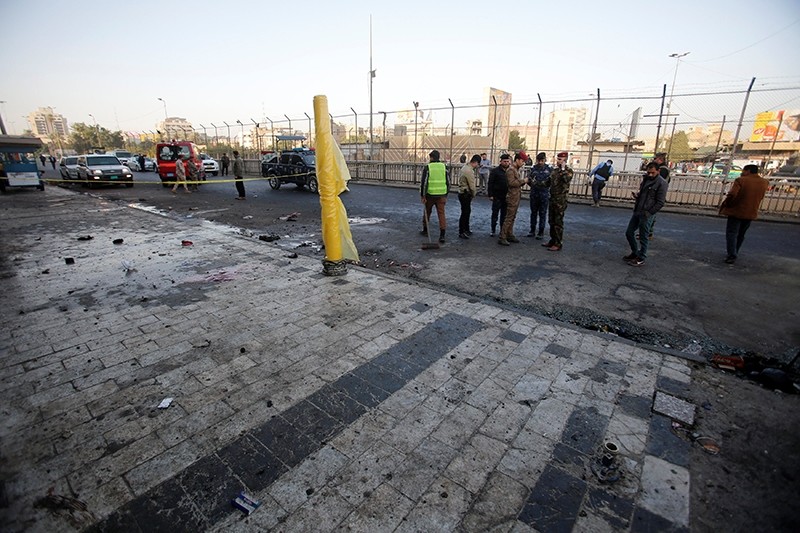 Iraq's Prime Minister Haider al-Abadi called for the elimination of terrorist "sleeper cells" Monday after a twin suicide bombing killed 31 people in Baghdad in the second such attack in three days.

There was no immediate claim of responsibility, but most such attacks in Iraq are the work of the Daesh terrorist group.

The bombing comes after Abadi's government declared victory over Daesh in December and as the country gears up for parliamentary elections.

"Two suicide bombers blew themselves up in Tayyaran Square in central Baghdad," said General Saad Maan, spokesman for the Joint Operations Command which includes the army and police.

Tayyaran Square is a bustling commercial center and a place where day laborers gather in the early morning waiting for jobs. It has been the site of deadly attacks in the past.

Iraqi analyst Hisham al-Hashemi said attacks at the square since 2011 have killed 180 people, "often in the run-up to elections or just after the polls."

They aim to "create chaos and exacerbate sectarian divisions," he said.

Security forces cordoned off the scene of the blasts as ambulances gathered in the area, an AFP journalist said.

Abadi held an emergency meeting with the Joint Operations Command and intelligence officials after the attack, his office said, asking them to "eliminate Daesh sleeper cells" and ensure the security of civilians.

Analysts have warned that Daesh would increasingly turn to such tactics as it was pushed underground after losing territory spanning the Iraq-Syria border.

Just hours after the first attack, another person was killed and three wounded in a grenade explosion east of Baghdad, the police said, blaming it on a tribal dispute.

Attacks increased in Baghdad after the start in 2016 of a battle to retake second city Mosul from Daesh. Iraqi forces retook the northern city in July last year.

In December, the government announced the "end of the war" against Daesh, which has been expelled from the Baghdad region and urban areas of Iraq that it controlled.

Terrorist elements are still active, however.

On Saturday, a suicide bomb attack near a security checkpoint killed at least five people in northern Baghdad. There was no immediate claim of responsibility for that bombing.

And last November, Daesh claimed an attack by suicide bombers on a market on the outskirts of Baghdad that killed 11 people.

The latest attacks come as Iraq gears up for elections in May, with voters deeply concerned about security in a country wracked by violence since the 2003 U.S.-led invasion.

On Sunday, Abadi said he would stand for re-election in the parliamentary polls as the head of a new coalition.

Abadi's newly created "Victory Alliance" will compete against the "State of Law" bloc of Nuri al-Maliki, his predecessor and a key rival who now holds the post of vice president.