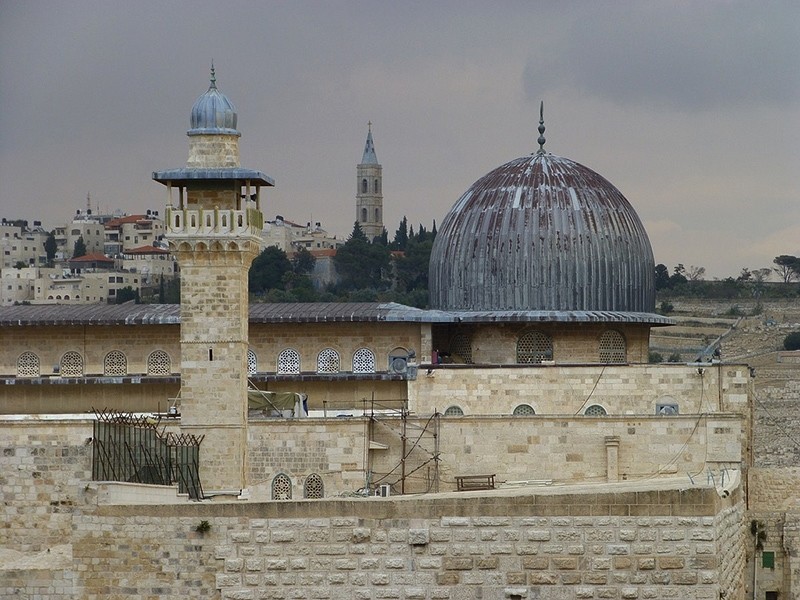 The Israeli authorities have warned officials at Jerusalem's Al-Aqsa Mosque against undertaking any restoration works inside the flashpoint mosque compound, a Palestinian official said Tuesday.

"Israeli police forced their way into the office of the Al-Aqsa reconstruction committee and warned engineers against carrying out any mosaic work or restoring the Dome of the Rock's wooden ceiling," Firas al-Dib, a spokesman for Jerusalem's Jordan-run Religious Endowments (Awqaf) Authority, told Anadolu Agency (AA).

According to al-Dib, the Israeli police also prohibited any reconstitution works in the Al-Qibli and Marwani mosques, both of which are located in the Al-Aqsa compound.

"They even threatened the reconstruction director with detention if any additional work was carried out," he added.

For Muslims, the Al-Aqsa Mosque compound is considered the world's third holiest site. Jews, for their part, refer to the area as the "Temple Mount." claiming it was the site of two Jewish temples in ancient times.

The city of Jerusalem, in which Al-Aqsa is located, remains at the heart of the Middle East conflict, with Palestinians hoping that East Jerusalem — currently occupied by Israel — might one day serve as the capital of a Palestinian state.