US plan to form YPG-led army to ‘fan flames of war’ in Syria, Iran says 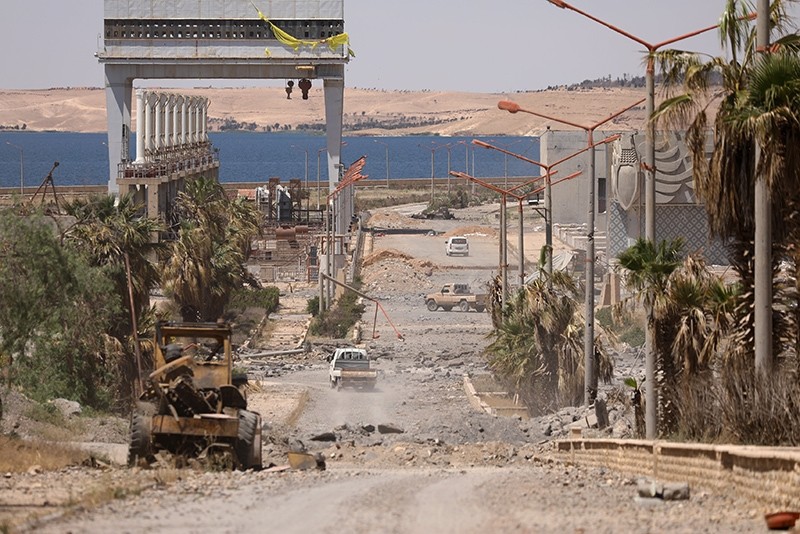 Iran said on Tuesday a new U.S.-backed, 30,000-strong force inside Syria would "fan the flames of war," echoing the vehement response of Turkey and Russia to the plan.

On Sunday, the U.S.-led coalition said it was working with the Syrian Democratic Forces (SDF) — which is dominated by the PKK terror group's Syrian offshoot the Democratic Union Party (PYD) and its armed-wing People's Protection Units (YPG) — to set up a force that would operate along the borders with Turkey and Iraq, as well as within Syria.

The Assad regime responded by vowing to crush the new force and drive U.S. troops from Syria. Strong Syria ally Russia called the plans a plot to dismember Syria and place part of it under U.S. control, and Turkey described the force as a "terror army."

"The U.S. announcement of a new border force in Syria is an obvious interference in the internal affairs of this country," Qasemi was quoted as saying by state news agency IRNA.

President Recep Tayyip Erdoğan said Monday that Turkish military will soon start an operation to clear northern Syria's YPG-held Afrin and Manbij of terrorists, slamming the U.S. for going behind the back of its claimed "strategic partner" to collude with terrorist groups.

Russian Foreign Minister Sergei Lavrov condemned the move Monday, saying the formation of a YPG-controled zone could pose a threat to the territorial integrity of Syria.

The U.S. is at the head of an international coalition using air strikes and special forces troops to aid fighters on the ground battling Daesh terrorists in Syria since 2014. It has about 2,000 troops on the ground in Syria.