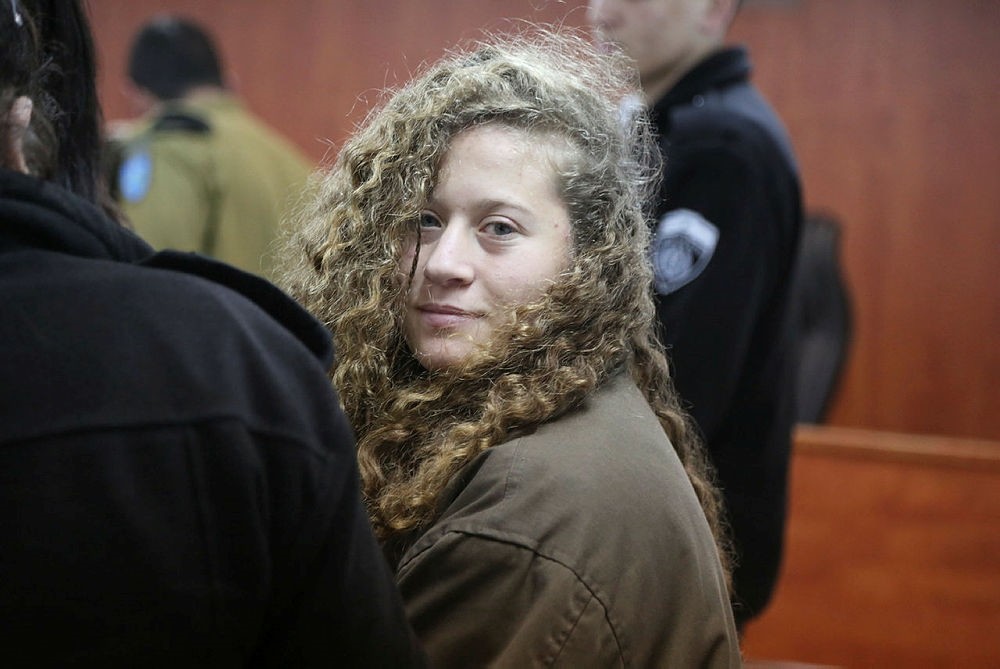 "I found no alternative other than to order her detention in custody until the end of proceedings," the judge ruled. "The gravity of the offenses of which she is accused do not allow an alternative to custody."

Ahed Tamimi, 16, has been hailed as a hero by Palestinians who see her as bravely standing up to Israel's occupation of the West Bank.

Tamimi has been charged with 12 counts including assault and could face a lengthy jail term if convicted.

The charges relate to events in the video and five other incidents. They include stone-throwing, incitement and making threats.

The judge's decision raises the possibility she could spend months in custody before the conclusion of her case.

Human tights groups have criticized the minor's continued detention since her arrest on December 19.

Her mother Nariman has also been arrested over the incident, as has her cousin Nour Tamimi, 20.

Nour Tamimi was released on bail Jan. 5, while Nariman Tamimi remains in custody.