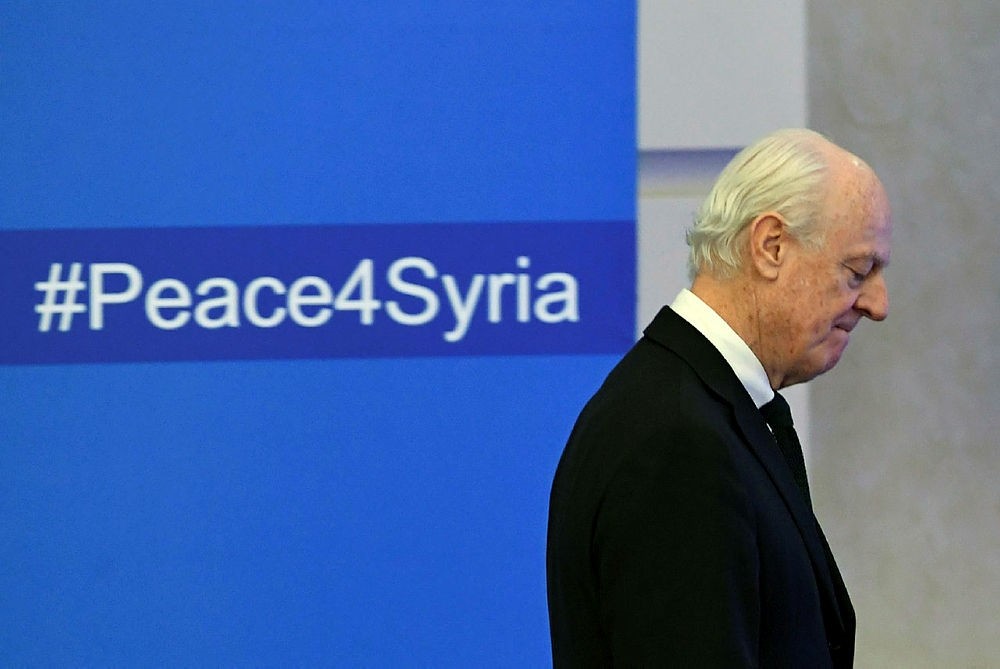 The U.N. envoy for Syria plans to host separate meetings with the Assad regime and the opposition delegations Jan. 25-26 in Vienna, citing "logistical reasons" for a decision not to hold a new round in Geneva.

The office of Staffan de Mistura sent invitations Wednesday for the meetings, which will focus on constitutional issues and will not amount to a full "round" of broader talks like those in Geneva over the last two years.

Switzerland is facing security demands and lodging issues with the Davos conference next week. De Mistura wants to see the two sides before possible Russian mediation in Sochi scheduled for Jan. 29-30.

"The Special Envoy looks forward to the participation of both delegations in this special meeting," De Mistura's office said in a statement.

"He expects that delegations will be coming to Vienna prepared for substantive engagement with him and his team with a specific focus on the constitutional basket of the agenda towards the full implementation of Security Council resolution 2254," the statement added.

That refers to a text agreed by major powers that calls for a new constitution, U.N.-supervised elections and transparent and accountable governance.

It will also coincide with the World Economic Forum at Davos, where de Mistura will facilitate a special diplomatic session behind closed doors on Jan. 25.

De Mistura has presided over a series of Syrian talks in Geneva, with a mandate to discuss new elections, reformed governance, a new constitution and the fight against terrorism.

The warring sides never talked face-to-face, and it was only in the eighth round, in December, that the opposition united in one delegation, raising hopes of direct talks for the first time.

But the Syrian regime delegation objected to the opposition's tough line on the future of Bashar al-Assad, and the talks achieved nothing.

Frustrated by the deadlock, de Mistura subsequently told the U.N. Security Council that he wanted to take the initiative, with the U.N. proposing a timeline for elections and offering guidance on constitutional reform, while bringing a broader section of Syrian society into the process.

A source close to the talks said de Mistura was still expected to talk to the two sides separately in Vienna.

Despite Assad's sweeping gains on the battlefield, with strong Russian and Iranian support, the complex war has continued towards its seventh anniversary in March, with hundreds of thousands dead, about 400,000 people still under siege and no sign of an end to the violence.