US embassy could move to Jerusalem within a year, Israeli PM Netanyahu says 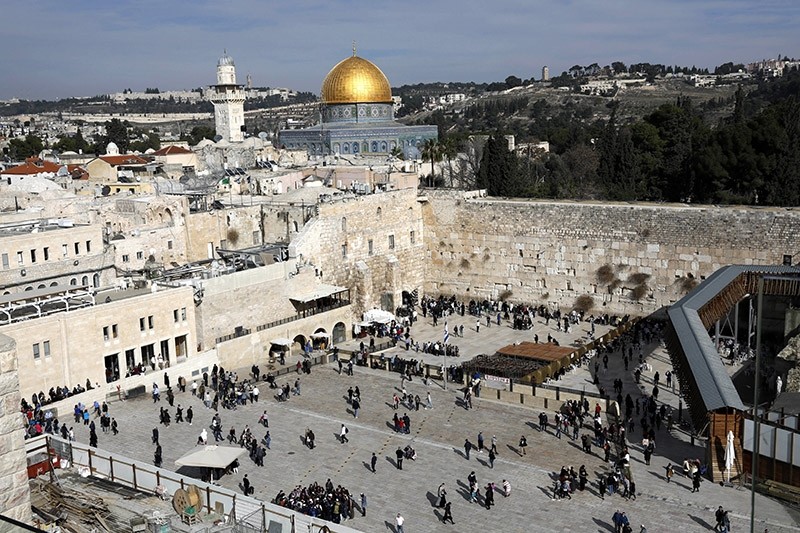 Prime Minister Benjamin Netanyahu said Wednesday he believed the U.S. embassy in Israel could be moved from Tel Aviv to Jerusalem within a year, reports said, contradicting statements from U.S. officials.

"The embassy is going to be moved to Jerusalem faster than you think, certainly within a year," Netanyahu told journalists accompanying him on an official trip to India, according to Israeli media.

U.S. President Donald Trump recognized Jerusalem as Israel's capital on December 6 and pledged to move the embassy to the disputed city, deeply angering the Palestinians and drawing global condemnation.

However, U.S. Secretary of State Rex Tillerson said in December that the relocation of the embassy would probably not take place for at least two years.

Trump's announcement led to unrest in the Palestinian territories.

Seventeen Palestinians have been killed since Trump's announcement, most of them in clashes with Israeli forces. One Israeli has been killed in that time.

Palestinian leaders have threatened to suspend their recognition of Israel in response to Trump's moves.

Jerusalem's status is perhaps the most sensitive issue in the Israeli-Palestinian conflict.

Israel sees the entire city as its capital, while the Palestinians want the eastern sector as the capital of their future state.

No countries currently have their embassies in Jerusalem, instead keeping them in the Israeli commercial capital Tel Aviv.