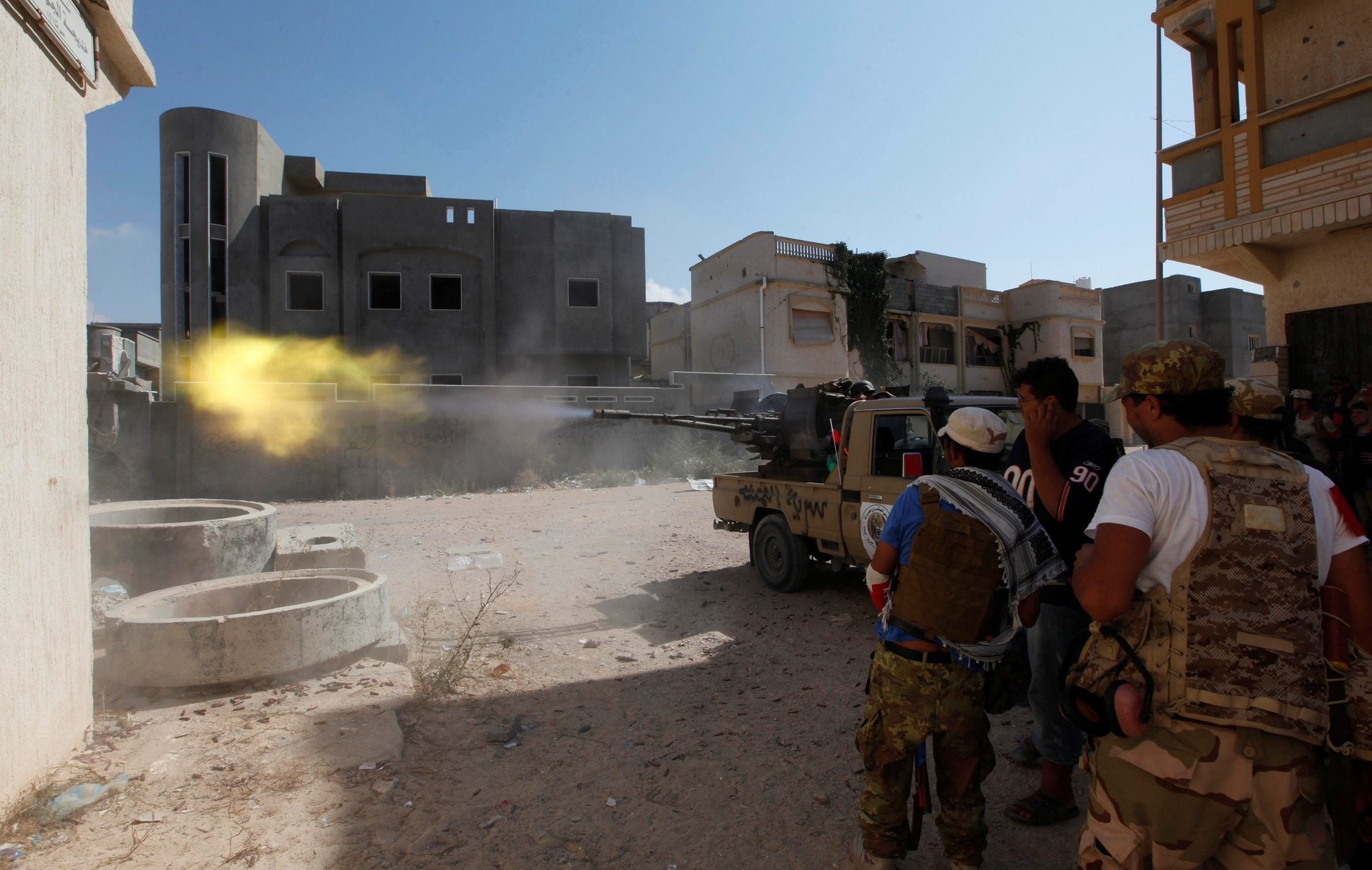 Members of Libyan forces allied with the UN-backed government fire a weapon towards Daesh militants in neighborhood Number One in central Sirte, Libya (Reuters Photo)
by Associated Press Jan 18, 2018 12:00 am

Human Rights Watch says the world must do more to help end rights abuses in chaotic Libya, which has emerged as one of the main corridors for migration to Europe.

The U.S.-based group says in its annual report Thursday that most of the over 200,000 migrants and asylum seekers who reached Europe last year by sea departed from Libya, where they face beatings, extortion, sexual violence, and forced labor at the hands of armed groups.

Eric Goldstein, deputy Middle East director for the New York-based rights group, says "the migration crisis in the central Mediterranean shows the rest of the world that it is ignoring Libya's human rights disaster at its own peril."