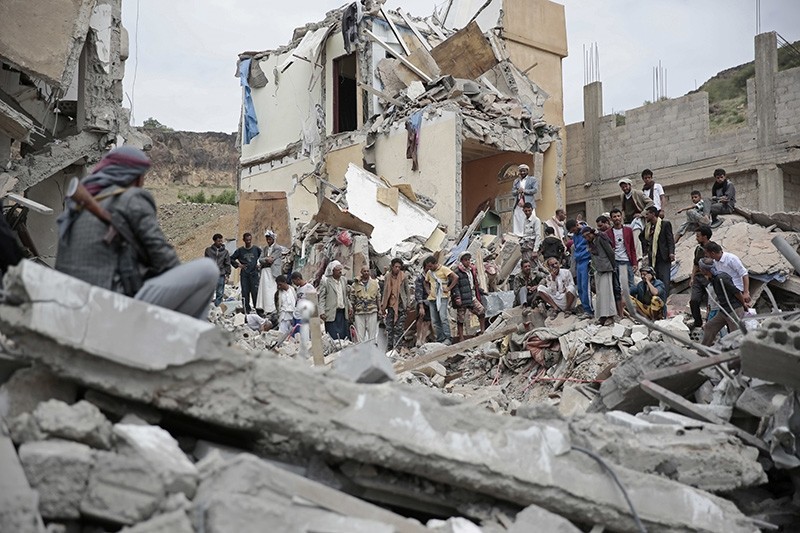 A Saudi-led military coalition on Monday announced $1.5 billion in new humanitarian aid for Yemen, after the United Nations made what is called a record appeal for assistance for the war-ravaged country.

The kingdom also said the military coalition it heads in Yemen would also "increase the capacities of Yemeni ports to receive humanitarian" imports, as it faces mounting criticism for imposing a crippling blockade on the country.

The latest aid package, which follows last week's $2 billion Saudi cash injection to Yemen's central bank, comes amid an ever-broadening crisis in the war-torn country, where the conflict, cholera and looming famine have killed thousands and put millions of lives at risk.

"The coalition will coordinate... $1.5 billion in new humanitarian aid funding for distribution across UN agencies and international relief organizations," the coalition announced in a statement.

The coalition pledged up to $40 million for the expansion of ports to accommodate additional aid shipments.

Saudi Arabia leads a military coalition that intervened in Yemen in 2015 with the stated aim of rolling back Houthi rebel gains and restoring the country's "legitimate" government to power.

The United Nations on Sunday made what it described as a record appeal for aid to Yemen, calling for nearly $3 billion in humanitarian relief for the war-torn country.

Saudi Arabia on Wednesday deposited $2 billion in Yemen's central bank after the Yemeni prime minister made a public plea for funds to prop up the currency and help stave off hunger.

More than 9,200 people have been killed in Yemen since March 2015, when the Saudi-led military coalition intervened in the war.

Another nearly 2,200 Yemenis have died of cholera amid deteriorating hygiene and sanitation conditions, the World Health Organization says.

Over the past year, the United Nations' efforts to address what it has described as the world's worst humanitarian crisis have been hampered by a crippling blockade of rebel-held ports by the Saudi-led coalition.