US embassy in Israel to move to Jerusalem by end of 2019, US VP Pence says 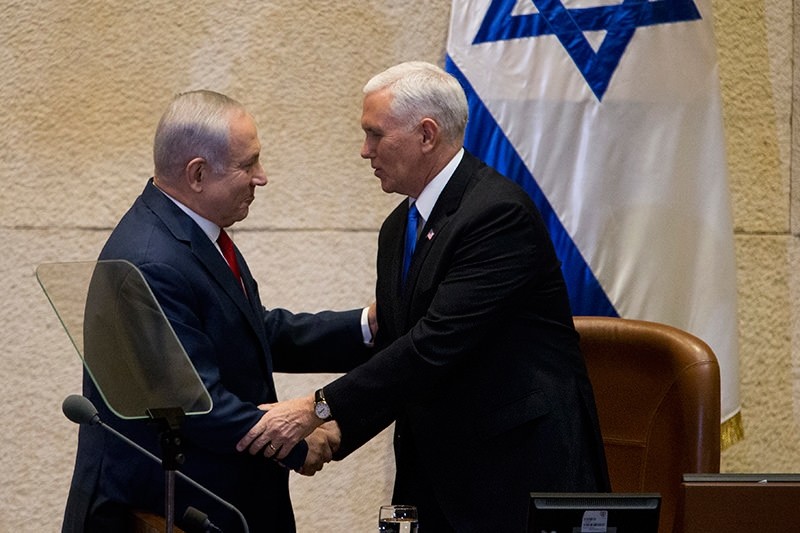 The U.S. embassy in Israel will move to Jerusalem before the end of 2019, U.S. Vice President Mike Pence told Israeli parliament, the Knesset on Monday.

"In the weeks ahead, our administration will advance its plan to open the U.S. Embassy in Jerusalem — and that United States Embassy will open before the end of next year," Pence said in a speech to the Israeli parliament in Jerusalem.

Pence defended U.S. President Donald Trump's controversial decision to recognize Jerusalem as Israel's capital, which has been condemned by the Palestinians and the Muslim world.

"Jerusalem is Israel's capital — and, as such, President Trump has directed the State Department to begin initial preparations to move our embassy from Tel Aviv to Jerusalem," said Pence, explaining the decision. He did not give an exact date.

The move was rejected by the international community Dec. 21 at the United Nations General Assembly as 128 members voted in favor of a resolution condemning it.