More countries speed up funding for Palestinians after US cuts 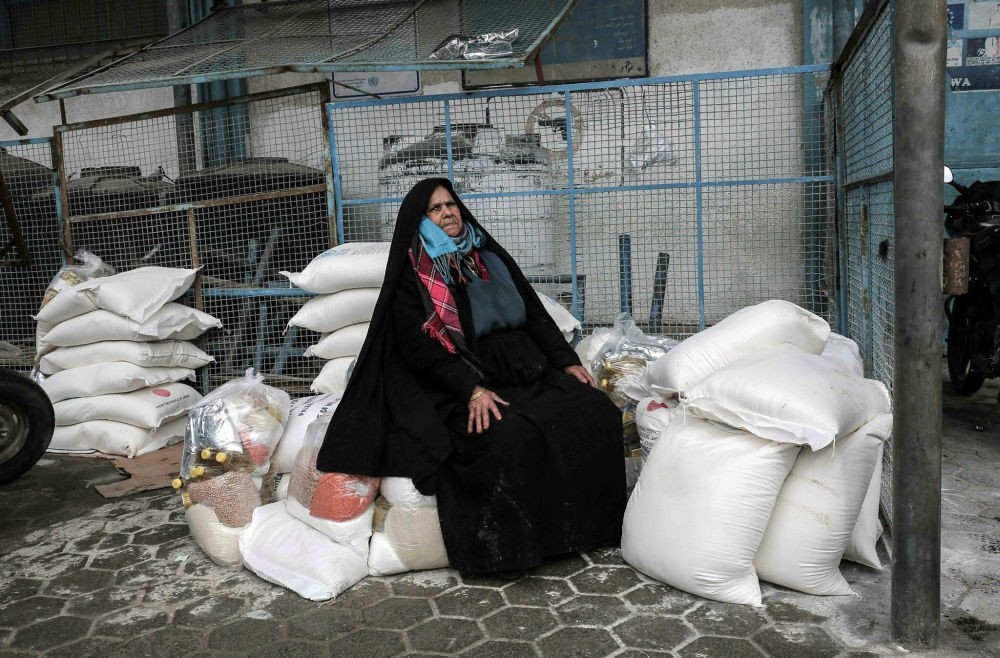 A Palestinian woman sits on a pile of food donations at a U.N. food distribution center in Khan Yunis, Gaza Strip, Jan. 28.
by Compiled from Wire Services Feb 01, 2018 12:00 am

Almost a dozen countries have agreed to advance their annual contributions to the U.N. agency for Palestinian refugees as it struggles to fill a big funding gap after U.S. cuts

The head of the U.N. agency for Palestinian refugees said that Russia, Kuwait and nine European countries have agreed to speed up their contributions to help fill a shortfall left by the Trump administration's decision to greatly reduce crucial U.S. funding.

Commissioner General Pierre Krähenbühl of the U.N. Relief and Works Agency also said it has received no specifics about reforms sought by the United States, suggesting politics, notably surrounding the U.S. decision to recognize Jerusalem as the Israeli capita, were at play.

The United States said this month it would withhold $65 million of $125 million it had planned to send to UNRWA, which runs schools and clinics for 5.3 million Palestinians across the Middle East, including in Gaza and the West Bank.

"It is very clear that the decision by the United States was not related to our performance," Kraehenbuehl told a news briefing, citing his "very good meetings" with senior U.S. officials in Washington in November, as reported by Reuters.

"This has to be part of the debate that took place around Jerusalem, the vote on Jerusalem at the [U.N.] General Assembly. "And I simply note here again that humanitarian funding should be preserved from being tied up with political considerations," he added.

Meanwhile, the European Union yesterday announced a new funding package of 42.5 million euros to help the Palestinians build their new state, according to AP. It includes substantial support in East Jerusalem, which the Palestinians hope to make their future capital.

The move came at an emergency meeting of an international committee coordinating Palestinian development aid. The meeting is the first of its kind since President Donald Trump recognized Jerusalem as Israel's capital, breaking with an international consensus that the holy city's status should be resolved in negotiations between Israel and the Palestinians.

Trump's endorsement in December of Israel's claim to Jerusalem as its capital drew universal condemnation from Arab leaders and criticism around the world. It broke with decades of U.S. policy that the city's status must be decided in peace negotiations between Israel and the Palestinians.

More than 120 countries defied Trump on Dec. 22 and voted in favor of a U.N. General Assembly resolution calling for the United States to drop its recognition of Jerusalem as Israel's capital.

UNRWA said it is seeking $800 million for emergency operations in Syria, the West Bank and Gaza Strip this year. UNRWA, which serves some 5 million Palestinian refugees and their descendants, had a budget of over $1 billion last year. This covered long-running programs, including education, as well as emergency funds for crises such as the war in Syria. The U.S. has been the largest donor, giving one-third of the total budget. The Trump administration withheld half of the first installment of payments this year, demanding reforms as a condition for future aid.