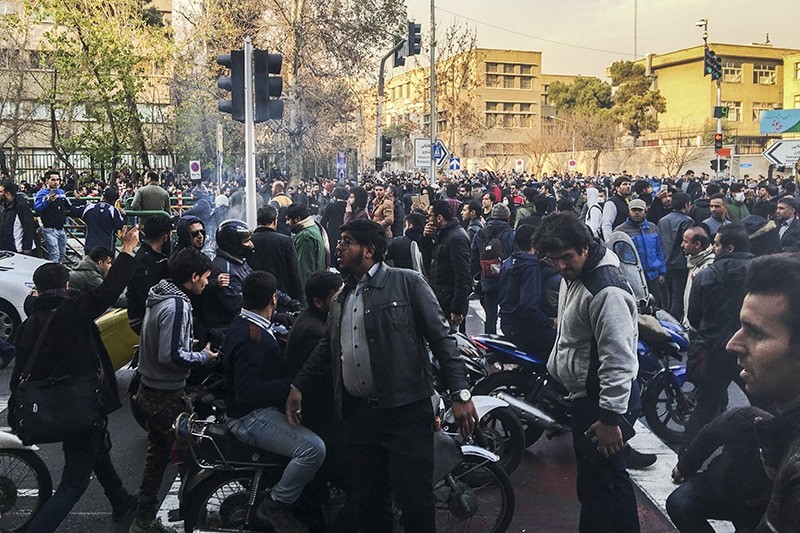 In this photo taken by an individual not employed by the Associated Press and obtained by the AP outside Iran, demonstrators gather to protest against Iran's weak economy, in Tehran, Iran, Saturday, Dec. 30, 2017. (AP Photo)
by Associated Press Feb 02, 2018 12:00 am

An Iranian lawmaker says authorities detained nearly 5,000 people during the widespread protests and unrest that took place in January.

Parliament member Alireza Rahimi posted on messaging service Telegram Friday that only 492 of those arrested are still in jail and the rest have been released.

Rahimi said only six protesters are detained in the capital Tehran, including two women. He added that some 95 percent of all those arrested were men.

Earlier in January, lawmaker Mahmoud Sadeghi had said some 3,700 protesters were detained, adding that it was the most accurate figure he could offer at the time.

Dozens were killed during the demonstrations that began over economic grievances and quickly spread across the country and turned into anti-government protests.