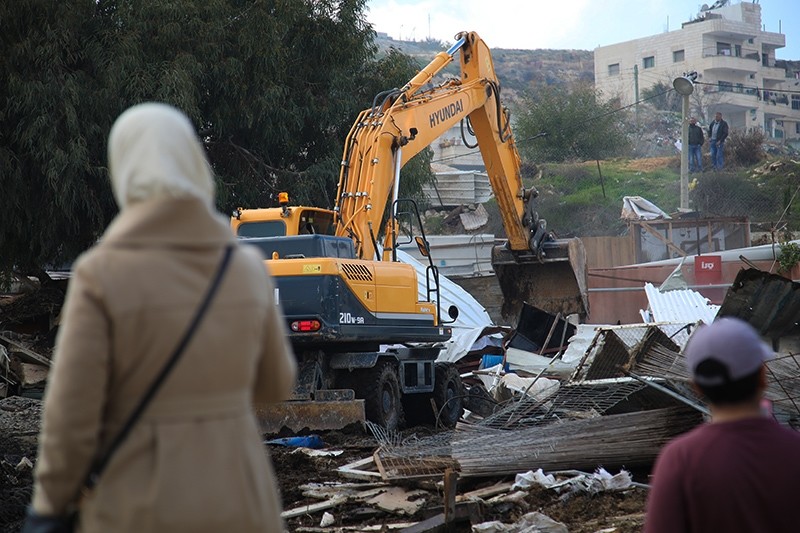 Local residents said Israeli forces, backed by a helicopter, brought down the two classes inside the school in the Abu al-Nawwar Bedouin community, which is hemmed in on all sides by Israel's Maale Adumim, Kedar and New Kedar settlements.

Israeli authorities say that the two classes recently added to the school were built without a permit.

There was no official comment from the Israeli army on the demolition.

In early 2016, Israeli military bulldozers had demolished the school, which was originally funded by the French government. Local residents, however, quickly rebuilt it as tin classrooms, with no electricity, no labs or computers, and no playgrounds.

Before the school was built in 2014, Bedouin children would have to cross the highway to catch rides to a school in al-Azariya town, 3.2 kilometers (2 miles) from East Jerusalem.

For years, the Israeli government has tried to dismantle the Abu al-Nawwar community — which consists of some 700 people who work mainly as shepherds — to make way for its massive illegal E1 settlement project in East Jerusalem.

The holy city dominated world attention after U.S. President Donald Trump on Dec. 6 recognized Jerusalem as the capital of Israel, increasing the tension across the region.