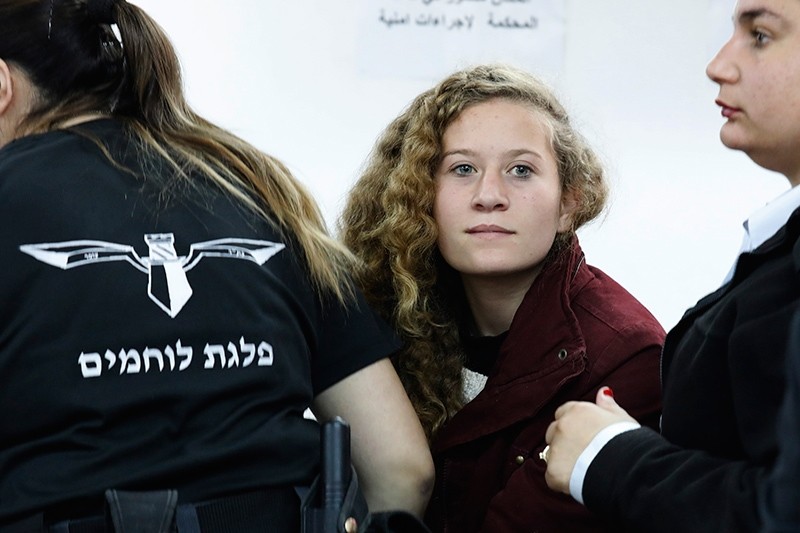 The trial of Palestinian protest icon Ahed Tamimi before an Israeli military court has been postponed for a week and is now scheduled to begin on Feb. 13.

Tamimi, who turned 17 in prison last week, was charged with assault and incitement after she slapped and punched two Israeli soldiers in her West Bank village in December.

The incident was captured and widely shared online.

Ahed's Palestinian and foreign supporters say it symbolizes the Palestinians' David vs. Goliath struggle against Israel's decades-long military occupation. Israel has portrayed her actions as a staged provocation meant to embarrass the army.

Defense lawyer Gaby Lasky said Sunday that the trial, which was set to begin Tuesday, was delayed because the prosecution was slow in sharing evidence.