83 children killed in Mideast in the past month, UN says 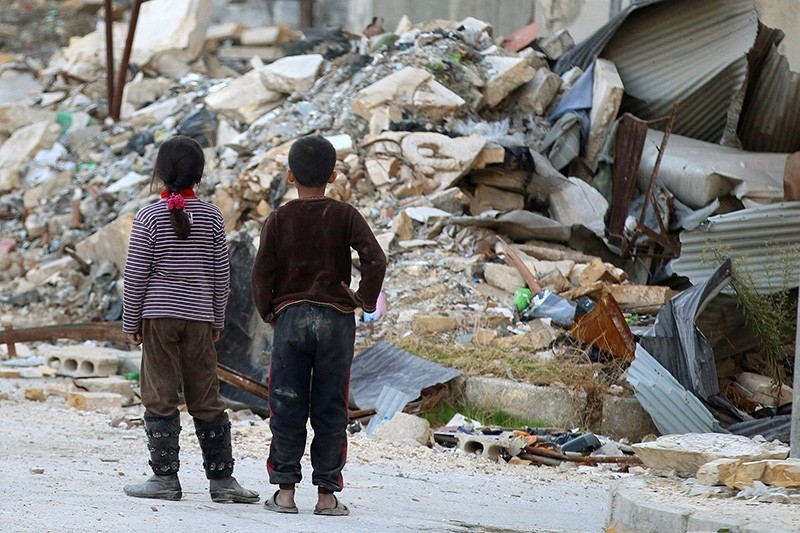 At least 83 children were killed in Middle East war zones in January, most of them in Syria, the U.N. children's agency UNICEF said Monday, vowing their voices "will never be silenced."

"They were killed in ongoing conflicts, suicide attacks or frozen to death as they fled active war zones," said UNICEF's regional director for the Middle East and North Africa, Geert Cappelaere.

"In the month of January alone, escalating violence in Iraq, Libya, the state of Palestine, Syria and Yemen has claimed the lives of at least 83 children," Cappelaere added in a statement.

Calling January a "dark (and) bloody month," Cappelaere said it was "unacceptable that children continue being killed and injured every single day."

"We collectively continue failing to stop the war on children! We have no justification. We have no reason to accept a new normal."

The highest death toll was in Syria where 59 children were killed in violence as the war there enters its eighth year, said UNICEF.

In Yemen, wracked by conflict since March 2015 between Iran-backed Houthi rebels and a government supported by a Saudi-led military coalition, 16 children were killed, it said.

"UNICEF is receiving reports of killed and injured children on a daily basis as fighting escalates across the country (Yemen)," it added.

In Libya's second city Benghazi, a suicide attack killed three children while three others died while "playing near unexploded ordnance" and a fourth child was critically wounded.

A child was killed in a "booby-trapped" house in Iraq's second city Mosul, ruled for three years by Daesh terrorists before being driven out by government forces in July after fierce battles.

And north of the city of Ramallah in the occupied West Bank, Israeli soldiers shot dead a 16-year-old Palestinian boy.

Four children were among 16 Syrian refugees who "froze to death" in a snowstorm as they were fleeing their country to neighboring Lebanon, said UNICEF, adding that more children suffered frostbite.

A Lebanese security official put the death toll at 17.

"Not hundreds, not thousands but millions of more children in the Middle East and North Africa region have their childhood stolen, maimed for life, traumatized, arrested and detained, exploited, prevented from going to school and from getting the most essential health services; denied even the basic right to play," said Cappelaere.