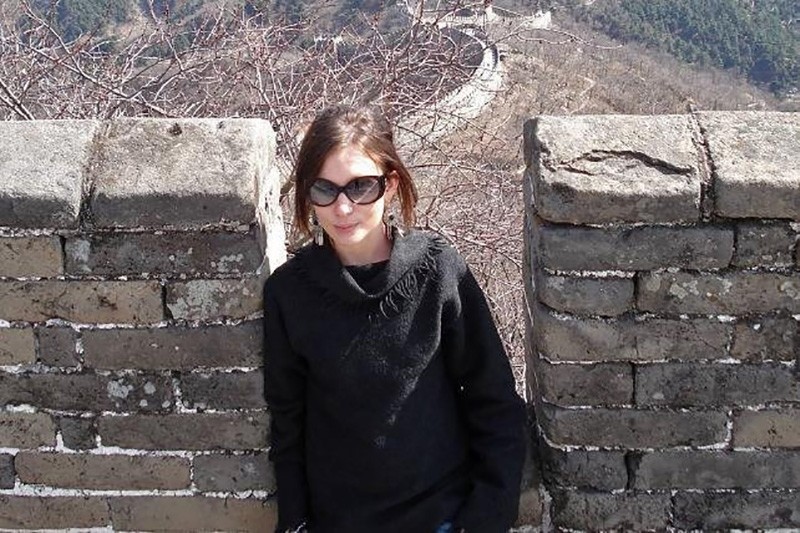 Tarek Hawshiya, a 30-year-old Lebanese, was arrested Dec. 18 in connection with the murder.

The driver with ride-hailing giant Uber admitted at the time to strangling Dykes after trying to rape her.

On Thursday, the Lebanese judge tasked with investigating the crime recommended the death sentence for Hawshiya.

Judge Hanna Braidi accused Hawshiya of "raping British diplomat Rebecca Dykes and killing her in the neighborhood of Achrafieh in Beirut in a premeditated and deliberate act."

The case will now be sent to Lebanon's criminal court for trial.

Capital punishment is legal in Lebanon, but there has been an effective moratorium in place since 2004, without any executions carried out despite judgments to that effect.

Dykes was last seen alive on the night of Dec. 15 at a party in Gemmayzeh, a Beirut neighborhood popular with foreign residents.

According to Braidi's investigation, she got into Hawshiya's vehicle shortly after midnight. The car drove through Achrafieh, then stopped on a roadside shortly before 1 a.m.

Dykes's body was found dumped on that roadside on Dec. 16.

Dykes was employed by the U.K. Department for International Development (DFID) in Beirut.

On Wednesday, the U.K. announced an annual scholarship established in her name for a female Lebanese or Palestinian residing in Lebanon to pursue a graduate degree in the U.K.

Such crime is rare in Beirut, a city which is considered generally safe, including for tourists and foreign residents.