Egypt launches assault on militants in Sinai weeks ahead of election 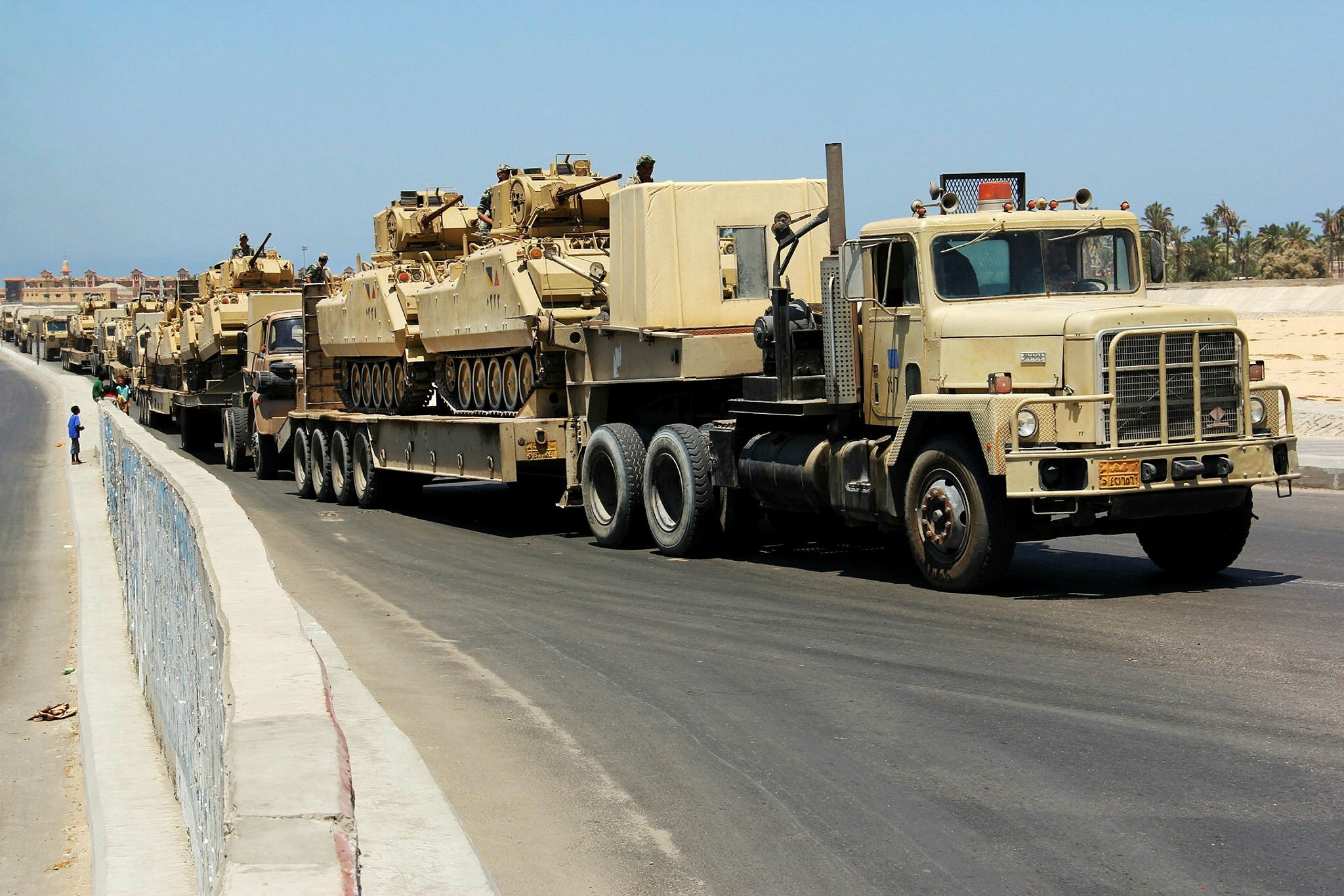 Egypt has for years been struggling to contain an insurgency in the turbulent Sinai peninsula.
by Compiled from Wire Services Feb 10, 2018 12:00 am

Ahead of the presidential election in which President Abdel-Fattah el-Sissi seeks re-election, Egypt has launched a major operation in areas including the restive Sinai Peninsula to restore security

Egypt began a major assault Friday against militants in the Arab world's most populous country, aiming to crush their insurgency ahead of a three-month deadline set by President Abdel-Fattah el-Sissi, who is seeking a second four-year term with no serious rivals for the presidency.

Residents reported seeing and hearing warplanes above the Suez Canal city of Ismailia, which is close to the area of operations in northern and central Sinai.

Egypt's 2018 presidential election will be held on March 26-28. The three-month deadline Sisi gave the military would expire at the end of February.

Army spokesman Col. Tamer el-Rifaai said the operation involves army and police forces and covers central Sinai, Egypt's Nile Delta and the Western Desert along its porous border with Libya. He said the operation is targeting "terrorist and criminal elements and organizations," as reported by The Associated Press (AP).

The air force targeted militant hideouts in north and central Sinai, while the navy tightened its maritime control to cut off supply lines, Rifaai said in a second statement.

Security sources said Thursday that the operation, which had been in planning for some time, was unprecedented in its scope, coordination and size, involving thousands of troops, but did not provide further details. Egypt regularly targets militants with airstrikes and arrest raids in Sinai.

The offensive takes place less than three months after gunmen killed 311 worshippers at a mosque in North Sinai in November, the deadliest in Egypt's modern history. No one claimed responsibility for the attack, but officials said they had brandished a Daesh flag. Later, militants fired a projectile at El Arish airport and struck an Apache helicopter that was part of the entourage of Egypt's defense and interior ministers who were in the city on an unannounced visit on Dec. 19. Neither minister was in the aircraft when the attack took place, but the missile killed one officer and wounded two others. Egypt is currently building a buffer zone around the airport.

Egypt is also facing a growing number of attacks by militants in the Western Desert along its porous border with Libya that have been the source of serious concern to authorities, who contend militants and smugglers use it as their route into the country.

Separate security sources said security forces had increased their presence in North Sinai in recent days by increasing patrols and carrying out checks on residents, without elaborating.

"The intention is to declare North Sinai a province free of terrorism by the end of February," one security source told Reuters.

Egypt has seen a rise in terrorist attacks mainly targeting security forces and the country's minority Christian community since the military toppled democratically elected President Mohamed Morsi in 2013. Most attacks took place in the northern part of the Sinai Peninsula, which borders Israel and the Gaza Strip but have also spread to the mainland. Egypt has been struggling to contain an insurgency for years.