US 'concerned' over violence at Israeli border 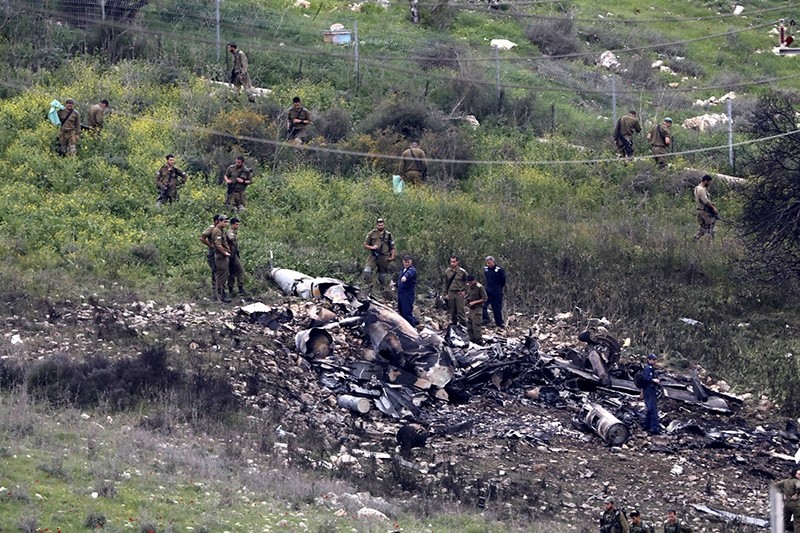 Israeli soldiers inspect the remains of an Israeli F-16 fighter jet that was shot down after a hit by Syrian anti-aircraft system, near the northern Israeli collective community of Harduf. (EPA Photo)
by Anadolu Agency Feb 11, 2018 12:00 am

The U.S. is "deeply" concerned about Saturday's escalation of violence over Israel's border and "strongly" supports Israel's sovereign right to defend itself, the State Department said.

Earlier Saturday, the Israeli army said its forces shot down an Iranian drone launched from Syria and also hit several targets inside the war-torn neighboring country.

"Iran's calculated escalation of threat and its ambition to project its power and dominance, places all the people of the‎ region -- from Yemen to Lebanon -- at risk," spokeswoman Heather Nauert said in a statement.

"The U.S. continues to push back on the totality of Iran's malign activities in the region and calls for an end to Iranian behavior that threatens peace and stability," she said

Describing Israel as a staunch ally of the U.S., she emphasized Washington's support on Israel's right to defend itself from the Iranian-backed Syrian militia forces in southern Syria.

"We call on Iran and its allies to cease provocative actions and work toward regional peace," she added.

Iran denied the allegation, describing Israeli statements about shooting down an Iranian drone as lies.