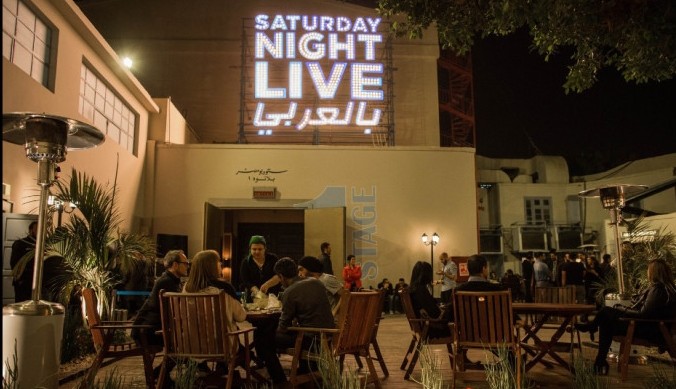 Egypt has banned the Arabic version of US comedy "Saturday Night Live" from television for violating ethical standards, the country's media regulator said.

It was being aired by both the ON TV network and the Dubai-based satellite service Orbit Showtime Network.

"The Supreme Council for Media Regulation has decided to stop the SNL in Arabic programme starting from today," the council said in a statement issued late Sunday.

"The programme consistently used sexual expressions, phrases, and gestures which are not suitable for viewers and which violate ethical and professional standards."

Unlike the popular US version of SNL, the Egyptian edition kept clear of harsh political satire.

That used to be the focus of Bassem Youssef, a comedian known as Egypt's Jon Stewart whose show was canceled in June 2014, days after President Abdel Fattah al-Sisi was elected.

Youssef says he had come under pressure to end the show, and was concerned over the safety of his family at the time.

Instead of politics, it tried to focus its jokes on other aspects of life in the country.

Artists say censorship has gradually expanded since Sisi -- then defence minister -- led the military ouster of former Islamist president Mohamed Morsi in July 2013, a year before he himself was elected.

Several movies have been banned, including "In The Last Days of the City", although it has been screened in 60 countries and at 91 festivals, winning more than 10 prizes since 2016.

Another award-winning film, "The Nile Hilton Incident" directed by Tarik Saleh, a Swede of Egyptian origin, takes place in Egypt but could not be shot in the country. It was released in 2017 but cannot be shown in Egypt.