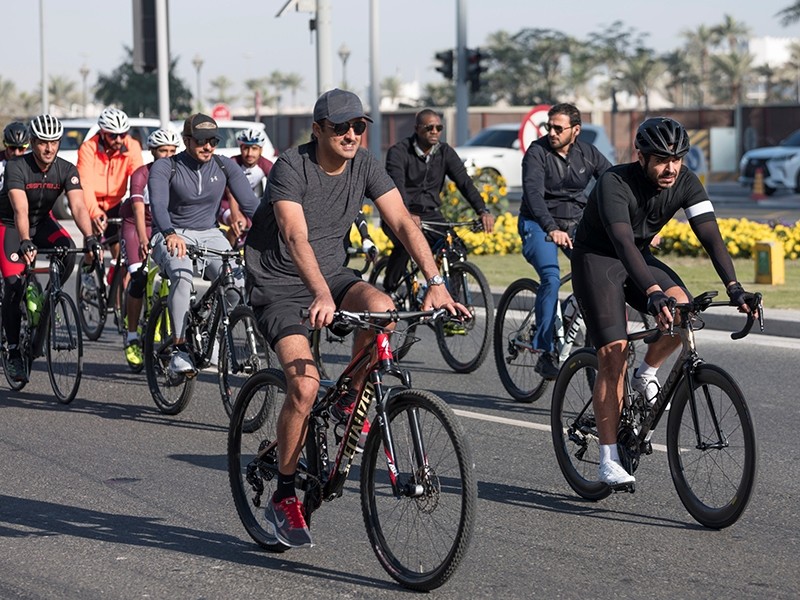 Emir of Qatar, Sheikh Tamim bin Hamad Al Thani him touring on a bicycle among a group of young riders. (AA Photo)
by Daily Sabah Feb 14, 2018 12:00 am

The emir's first post, shared on Qatar National Sports Day, was a photo of him touring on a bicycle among a group of young riders.

Soon after opening the account, the emir had already gained over 54,000 followers, with his first share receiving more than 36,000 likes.

Al Thani's pioneering move shouldn't come as a surprise, considering he is the youngest reigning monarch in the Gulf Cooperation Council and one of the youngest sovereigns in the world, at age 37.

He became Qatar's eighth emir in June 2013 after his father abdicated the throne.