Unexploded bombs to litter Iraq's Mosul for more than a decade, UN says 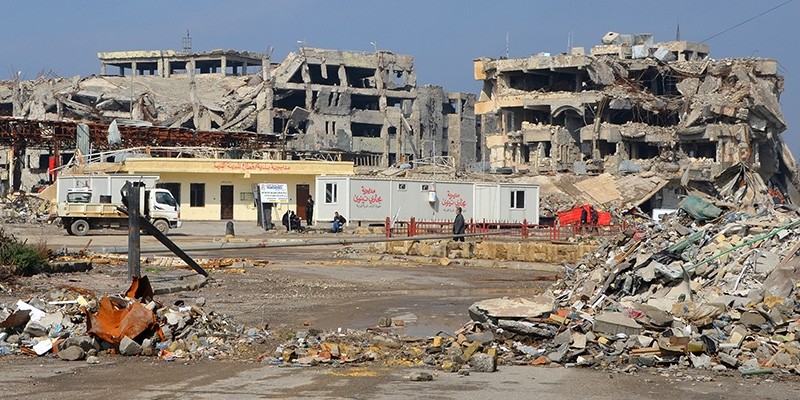 The Iraqi city of Mosul will remain strewn with unexploded bombs for a decade, endangering a million or more civilians who want to return home following the end of three years of Daesh occupation, a U.N. demining expert said on Wednesday.

Pehr Lodhammar, a senior program manager at the U.N. Mine Action Service (UNMAS) said the destruction of Mosul had left an estimated 11 million tonnes of debris and two-thirds of the explosive hazards were thought to be buried under the rubble.

"We estimate that it's going to be over a decade until western Mosul has been cleared. The density and the complexity will not allow this clearance to be completed within months or even within years," he told a news conference in Geneva.

"We see air-dropped ammunition, 500-pound bombs that were dropped, that go 15 meters into the ground or even further. Just getting one of those pieces out is a matter of days and sometimes weeks."

"It basically looked as if there had been a tornado going through an electronic store," Lodhammar said.

Clearing buildings such as the main western Mosul hospital, formerly a Daesh headquarters site, was vital for restoring services for citizens.

"In this one location we removed over 2,500 explosive items, ranging from suicide belts, rocket propelled grenades, mortar shells, hand grenades - you name it, it was all there."

Once that was all cleared, stacks of property ownership deeds were found, a boost for returning citizens trying to prove legal ownership of their homes.

Most IEDs were based on readily available ingredients such as fertilizer, aluminium powder, diesel and "anti-lift devices" based on fridge door light switches.

They were placed in private homes or at regular intervals in "belts" up to 10 km long, with an IED every two meters, each with 10-20 kg of home-made explosives.

Some were complex, involving infra-red sensors or shaped charges that could penetrate armour.