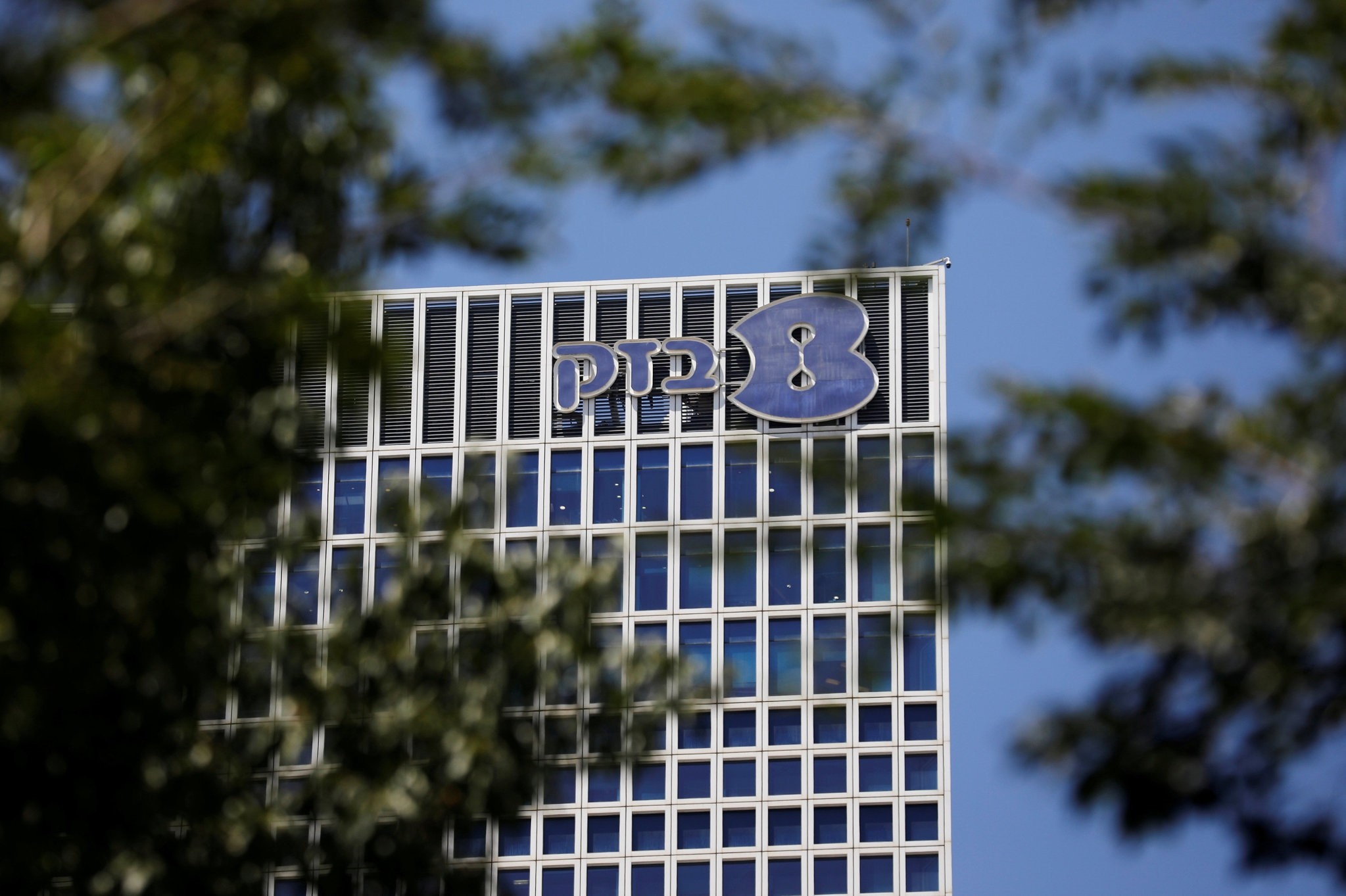 The logo of Bezeq Israeli Telecommunication Corp Ltd, the country's largest telecom group, is seen outside their headquarters in Tel Aviv, Israel June 21, 2017. (REUTERS Photo)
by Associated Press Feb 18, 2018 12:00 am

Israeli police said Sunday they arrested senior officials from the country's national telephone company as part of an investigation into alleged corruption offenses. Israeli media said among those arrested were close associates of Israeli Prime Minister Benjamin Netanyahu who is fighting for his political life after being accused of taking bribes from billionaire supporters.

Police revealed few details about the case and quickly slapped a gag order on its details. But Israeli daily Haaretz reported that police are investigating a possible relationship between the company, Bezeq, its controlling shareholder Shaul Elovitch and Israeli Prime Minister Benjamin Netanyahu. According to Channel 2 TV, Netanyahu allegedly received favorable coverage from the Walla news site, a Bezeq subsidiary, in exchange for regulation that earned Elovitch hundreds of millions of shekels. The channel says two people arrested are Netanyahu associates and that Netanyahu, who held the communications portfolio until last year, is expected to be questioned.

Netanyahu denied wrongdoing, saying the accusations would amount to nothing and that they were part of a witch hunt by a hostile media.

Journalists from the Walla news site have indicated they were coerced to refrain from negative coverage of Netanyahu.

"I was witness to the despicable pattern in which this media outlet tried to suck up to Prime Minister Netanyahu," said Dov Gil-Har, a former Walla journalist. In a statement broadcast on his current TV show, Gil-Har said he tried to appeal to management but did not elaborate further because of the gag order.

The new probe comes days after police announced there was sufficient evidence to indict Netanyahu for bribery, fraud and breach of trust in two separate cases.

Netanyahu is accused of receiving lavish gifts from Hollywood mogul Arnon Milchan and Australian billionaire James Packer. In return, police say Netanyahu had operated on Milchan's behalf on U.S. visa matters, legislated a tax break and connected him with an Indian businessman.

In the second case, Netanyahu is accused of offering to give preferential treatment to a newspaper publisher in exchange for favorable coverage.

Netanyahu has denied wrongdoing in those cases.