Abbas at UN calls for Mideast peace conference by mid-2018 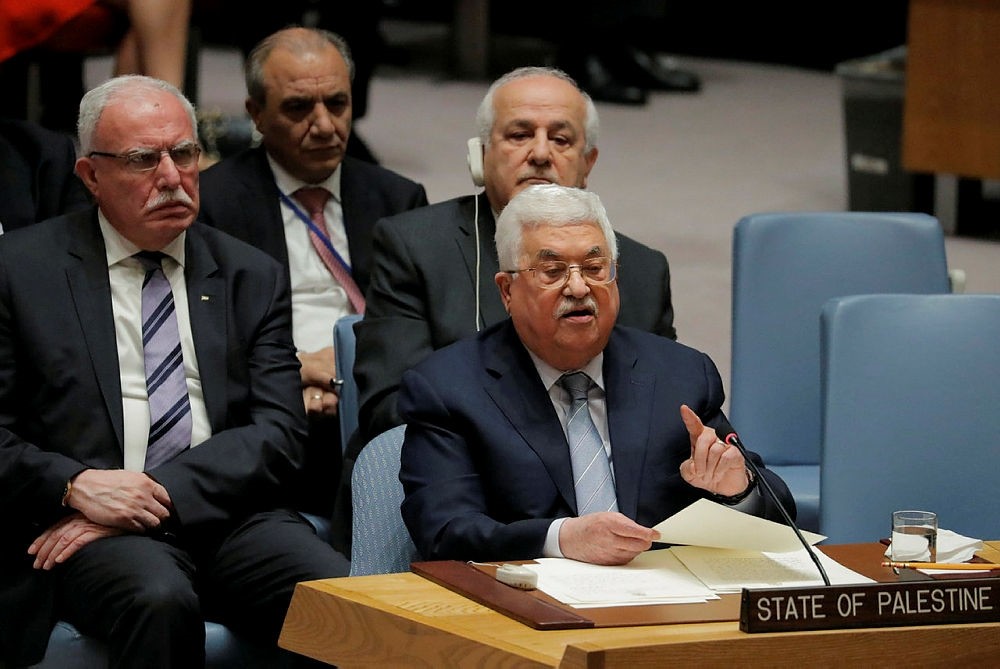 Palestinian President Mahmoud Abbas is calling for an international peace conference by mid-2018 with key goals of full U.N. membership for the state of Palestine and a timeframe for resolving all issues with Israel for a two-state solution.

Abbas made clear to the U.N. Security Council in a rare appearance at its monthly meeting on Mideast issues Tuesday that any future peace efforts cannot be U.S.-brokered. He called President Donald Trump's recognition of Jerusalem as Israel's capital "dangerous" and one reason for the deadlock in peace efforts.

He outlined the Palestinian peace vision, starting with the peace conference in Moscow. Top Trump Mideast negotiators, who are preparing their own peace plan, sat in the council chamber listening.

The United States is "ready to talk" Middle East peace with the Palestinians, U.S. Ambassador to the United Nations Nikki Haley said on Tuesday in remarks directed at Abbas during the meeting.

"Our negotiators are sitting right behind me, ready to talk. But we will not chase after you. The choice, Mr. President, is yours," Haley said. Abbas did not stay in the council chamber to listen to her.