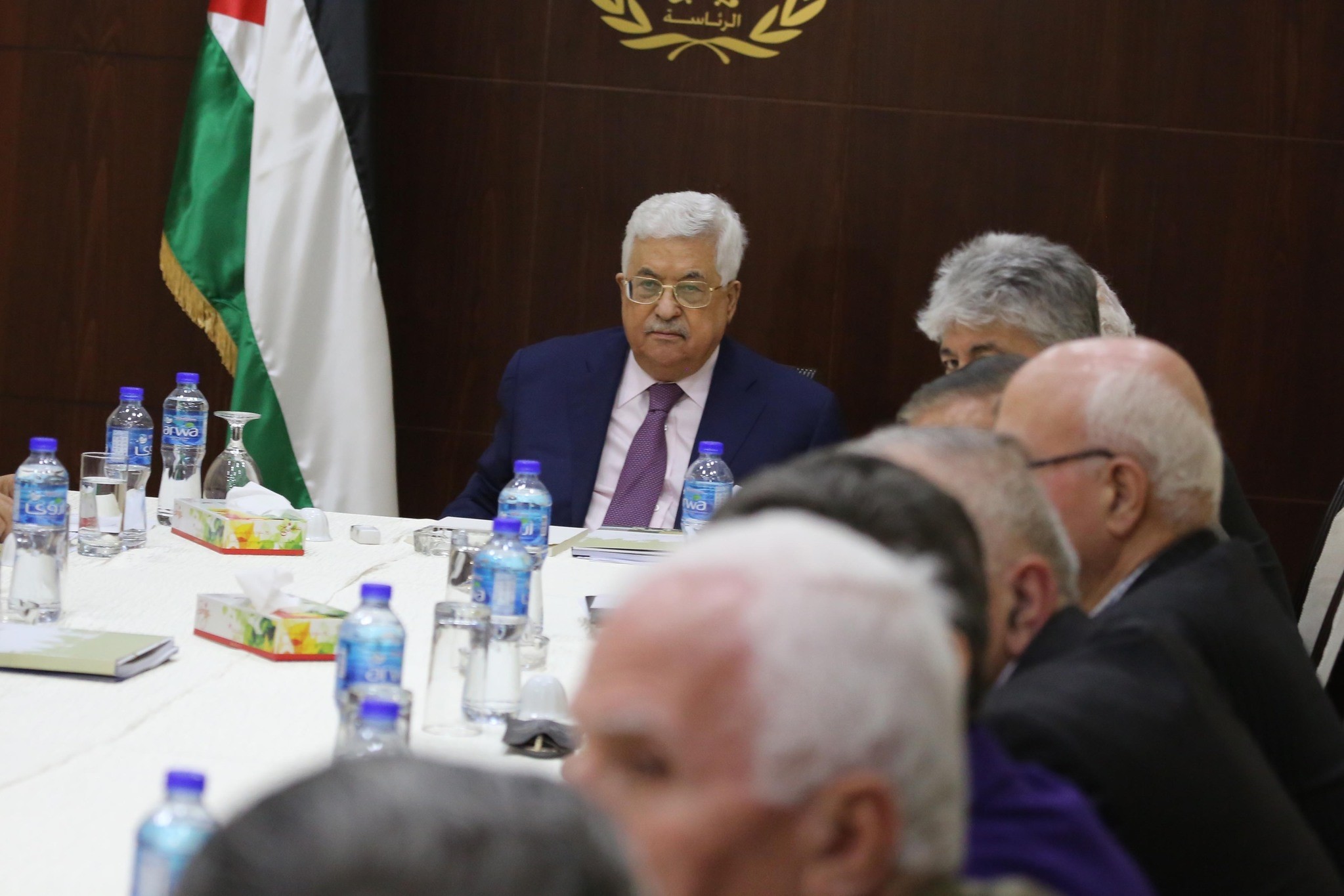 The chief Palestinian legislative body will hold its first meeting in nearly a decade next month to elect a new leadership, officials said Wednesday, a step that could pave the way for a future successor to President Mahmoud Abbas.

According to Ahmad Majdalani, a top Palestinian official, the nearly 700-member Palestine National Council will meet on April 30 in Ramallah.

The purpose of the meeting would be to discuss political issues and to fill positions on the powerful Executive Committee, officials said.

The 18-member committee is the top Palestinian decision-making body. But it is dominated by an aging leadership and it has struggled to function properly in recent years. One member recently died, while at least two others have been weakened by health issues.

Abbas, who turns 83 this month, has never designated a successor, despite suffering from a number of health issues.

Although the meeting is not meant to choose a successor, the composition of the new executive committee could give a strong indication of who the front-runners will be.

During a trip to the United States last month, Abbas was briefly hospitalized for what officials downplayed as routine tests. Nonetheless, it drew attention to the looming leadership gap and what is expected to be a fierce power struggle in the future.

Usually, the No. 2 in the executive committee succeeds the president when he leaves for any reason. That spot is currently held by Palestinian negotiator Saeb Erekat. But Erekat recently underwent a lung transplant, which raised questions on whether he would remain on the job.

The two front-runners are believed to be Jebril Rajoub, a former security chief and current head of the Palestinian football association, and Mahmoud Aloul, a former militant chief in the Palestine Liberation Organization in Lebanon. Both men are on the executive committee.

The April meeting will come at a difficult time for the Palestinians, who remain — 25 years after interim peace accords were signed with Israel — nowhere closer to their dream of establishing an independent state in the West Bank, Gaza Strip and east Jerusalem. Israel captured those territories in 1967, though it withdrew from Gaza in 2005.

The last round of peace talks collapsed four years ago, and relations with Israel are poor.

Abbas has also clashed with President Donald Trump since the U.S. leader recognized Jerusalem as Israel's capital in December and announced plans to relocate the American Embassy to the city.

The Palestinians accused Trump of siding with Israel in the most sensitive issue in the conflict and say that the U.S. can no longer be the sole broker in the negotiations. Trump's Mideast team, led by his embattled son-in-law Jared Kushner, has been working on a peace proposal for over a year, but has not said when it will be completed or presented.

The Palestinians are also grappling with an 11-year-old rift between Abbas' Fatah party and the rival Hamas movement. Hamas seized control of Gaza from Abbas' forces in 2007, and repeated attempts at reconciliation have failed or stalled.

While Hamas lawmakers are eligible to participate in the upcoming Palestinian National Council meeting, the group said it would not do so.

Ismail Radwan, a Hamas official, said the group objected to the council meeting "in its current formula."

"Convening it this way violates the national agreements and it boosts the Palestinian split," he said. He said a new national council should be selected first.

The council is a body of the Palestine Liberation Organization, an umbrella group meant to represent Palestinians world-wide. Like the Palestinian Authority, Abbas' self-rule government in the West Bank, it is dominated by his Fatah movement.

The council met in 1998 in Gaza, where in the presence of then-President Bill Clinton, it voted to void parts of the Palestinian national charter that denied Israel's right to exist. Despite the vote, the covenant has never been formally changed.

It also met in 2009 to choose replacements for members who had died or were unable to serve.