Israel to strip residency status from Palestinians in east Jerusalem 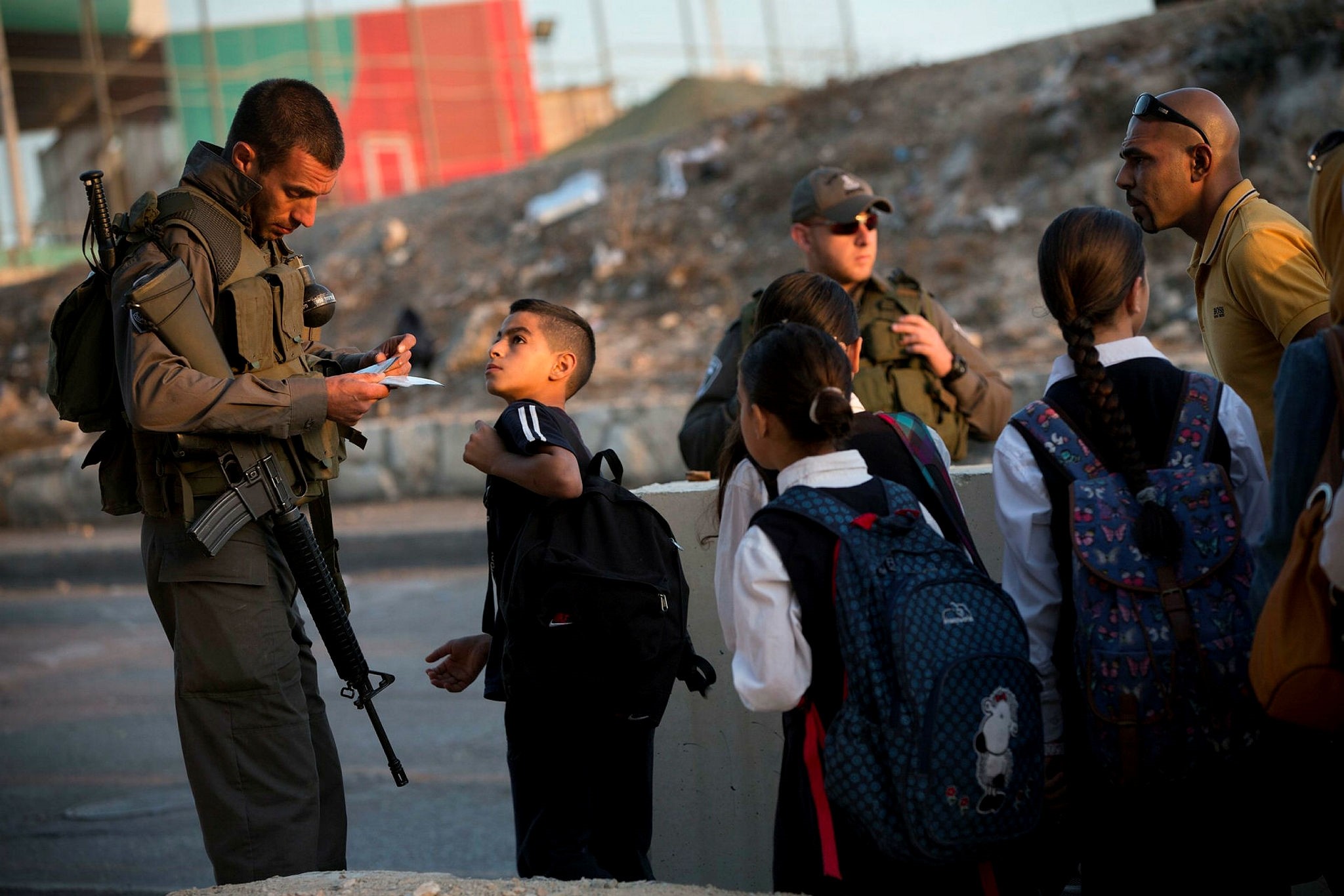 Israeli border police check Palestinian's identification cards at a checkpoint as they exit the Arab neighborhood of Issawiyeh in east Jerusalem.
by Daily Sabah with Wires Mar 09, 2018 12:00 am

Violating international law once again, Israeli parliament has passed a bill to revoke residence permits from Palestinians in east Jerusalem

The Israeli Knesset on Wednesday approved a "loyalty" bill that gives absolute authority to the Minister of Interior to revoke residence permits from Palestinians on the ground of "breach of allegiance." Under the law, Israel can deport anyone whose residency status is withdrawn.

Hanan Ashrawi, a senior member of the Palestine Liberation Organization (PLO), slammed the law, while describing it as "an extremely racist piece of legislation.

"By unethically stripping the residency of Palestinians from Jerusalem and depriving the rights of those Palestinians to remain in their own city, the Israeli government is acting in defiance of international law and is violating international human rights and humanitarian laws," said Ashrawi, according to a statement published by Wafa, the official Palestinian news agency, as reported by al-Jazeera.

"This is bad and dangerous legislation... Israel's decision to annex East Jerusalem contradicts international law. The residents of East Jerusalem live there not because they chose to be Israelis but because it is their home," MK Dov Boris Khenin of the Joint List party said, according to Israeli newspaper Hareetz.

East Jerusalem has drawn world attention since U.S. President Donald Trump on Dec. 6 officially recognized the holy city as the capital of Israel, triggering world outcry and protests across the Palestinian territories.

Most countries around the world have not recognized Israel's 1967 annexation of East Jerusalem. Under long-standing international consensus, the fate of the city is to be determined in negotiations.

Jerusalem's status is at the core of the decades-long Israeli-Palestinian conflict, and Trump's Dec. 6 announcement was widely perceived as siding with Israel. It also raised fears of more bloodshed as past crises over Jerusalem have triggered violence.