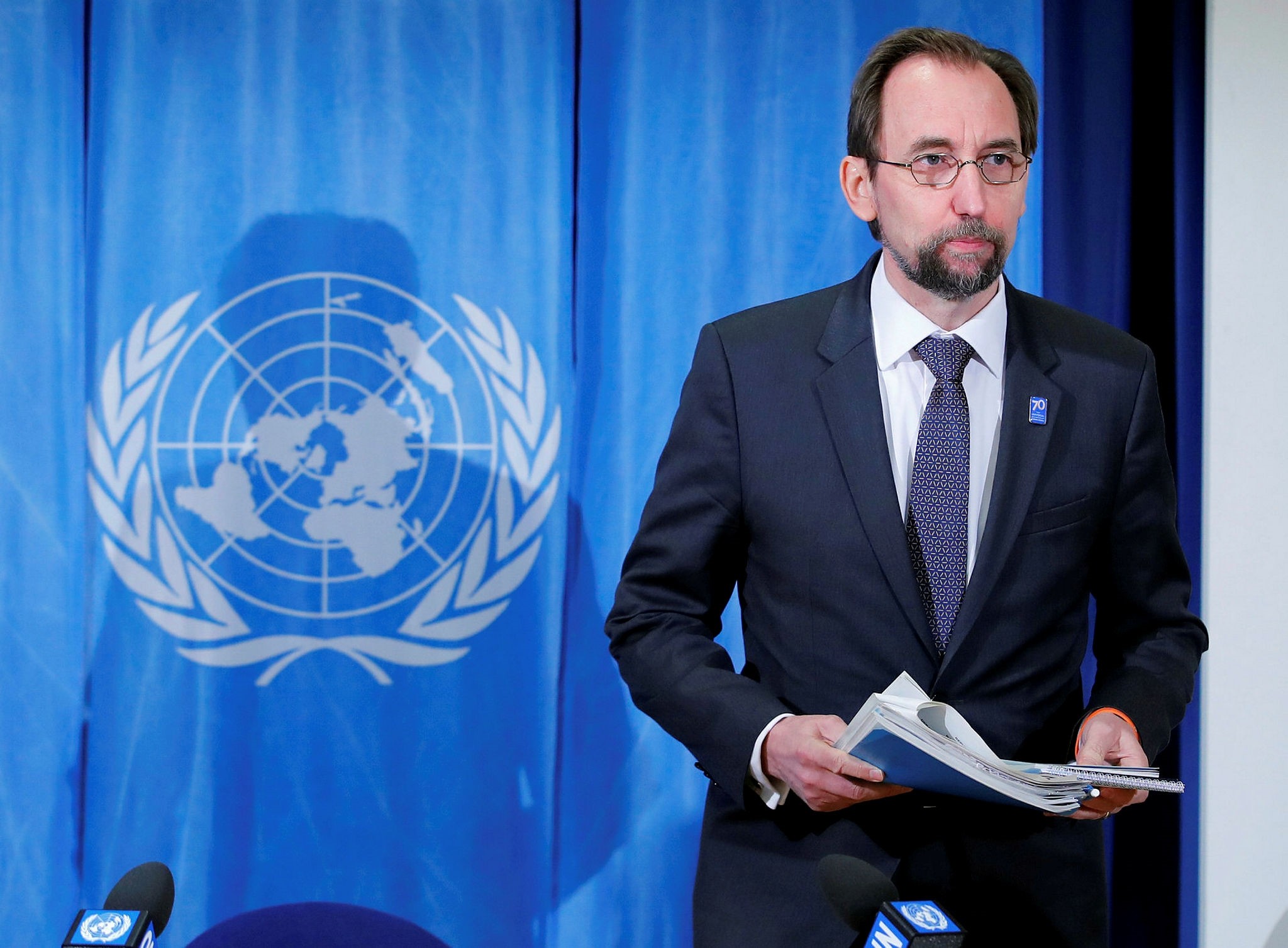 Zeid Ra'ad al-Hussein, U.N. High Commissioner for Human Rights arrives for a news conference at the United Nations in Geneva, March 9.
by Daily Sabah with Wires Mar 12, 2018 12:00 am

"The establishment and expansion of settlements in the Occupied Palestinian Territory by Israel, including the legal and administrative measures that it has taken to provide socioeconomic incentives, security, infrastructure and social services to citizens of Israel residing in the West Bank, including East Jerusalem, amount to the transfer by Israel of its population into the Occupied Palestinian Territory," Zeid Ra'ad al-Hussein, U.N. High Commissioner for Human Rights, said as reported by the Jerusalem Post.

"The transfer of the population by an occupying State into an occupied territory is a grave breach of article 147 of the Fourth Geneva Convention and therefore a war crime," he added. His report on Israeli settlement activity that was published on the U.N. Human Rights Council website last Wednesday will be presented to the council on March 19.

Israel faced sharp criticism from the administration of former U.S. President Barack Obama over settlement construction, but that has not been the case with U.S. President Donald Trump's White House, and Israeli officials have sought to take advantage of his backing. Sporadic unrest has occurred since Trump provoked Palestinian anger by recognizing Jerusalem as Israel's capital on Dec. 6. Nineteen Palestinians have been killed since then, with most of them shot dead in clashes with Israeli forces, according to the Palestinian Health Ministry, as reported by Anadolu Agency (AA). In a statement released yesterday, the ministry said three children were among the fatalities.

After the 1967 Six-Day War, Israel annexed East Jerusalem and deems the entire city its "indivisible and eternal capital," a status not recognized internationally. Israel pulled out of Gaza in 2005, and it is now ruled by Hamas.