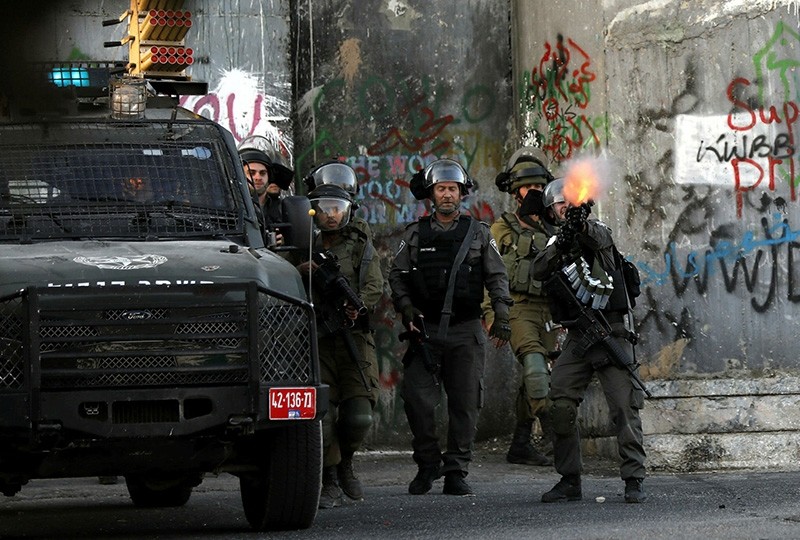 Israel's government watchdog agency on Wednesday criticized the military's so-called "Hannibal" directive that allowed troops to use heavy force when one of their own was abducted — even at the risk of killing the soldier.

The directive, used most recently during the 2014 war in Gaza, was canceled by the military in 2016 following heavy criticism. Last year, the military introduced a revised version.

During the 2014 war with Hamas militants, Israeli troops used the Hannibal procedure after soldiers feared militants had captured an officer. Israel unleashed heavy shelling and airstrikes on the southern town of Rafah, killing about 100 Palestinians.

In its latest report on the Gaza war, released Wednesday, Israel's state comptroller said the directive was unclear about "the value of an abducted soldier's life." It said different areas of the military even used various versions of the order.

"According to their phrasing at the time ... 'Hannibal' orders could have been interpreted in various ways with respect to the terms that describe the value of an abducted person's life," it said.

The report also said the order did not "explicitly" mention the need to respect two key principles of international law: "distinction" between military and civilian targets and the use of "proportional" force against a given threat.

It recommended that the principles be clearly reiterated as part of any future procedure.

Israel later determined that the soldier, Lt. Hadar Goldin, was killed in battle. Goldin's remains have not been recovered, and an investigation into the troops' actions is still underway.

A military statement welcomed the comptroller's report and said it will study its findings. It said a "significant portion" of the recommendations have already been addressed, including the section on the Hannibal directive and that a new set of procedures for soldier abductions was approved in early 2017.

A military official said the revised order calls for forces to act "in order to thwart any abduction, but while not endangering the life of the abductee." The official, speaking on condition of anonymity under military guidelines, said the issues of proportionality and distinction are already part of standard rules of engagement.

Wednesday's report was the fourth by the state comptroller on the 2014 war, focusing on the perspective of international law.

The report found other shortcomings in some Israeli practices, including training and the slow pace with which investigators looked into possible war crimes committed by Israeli troops. But it said the investigators acted in "good faith" and met international standards.

The Palestinians have accused Israel of committing war crimes during the 2014 war and turned to the International Criminal Court to prosecute Israel. The court has not yet decided whether to take on the case, but one factor that could influence it is determining whether Israel is capable of carrying out credible investigations.

The 50-days of fighting was the third and most devastating Hamas-Israel war since Hamas seized control of the territory in 2007.

Over 2,200 Palestinians, including hundreds of civilians, and 73 people on the Israeli side were killed in the fighting. Israel has accused Hamas of using civilians as human shields and causing the heavy death toll.

"The Comptroller missed an opportunity to address serious allegations of violations of the laws of war during the 2014 operation in Gaza," said Sari Bashi, the Israel and Palestine advocacy director for Human Rights Watch. "His review of the military's conduct toward civilians is mostly limited to quoting Israeli officials reassuring each other that they are taking adequate measures to avoid disproportionate harm."