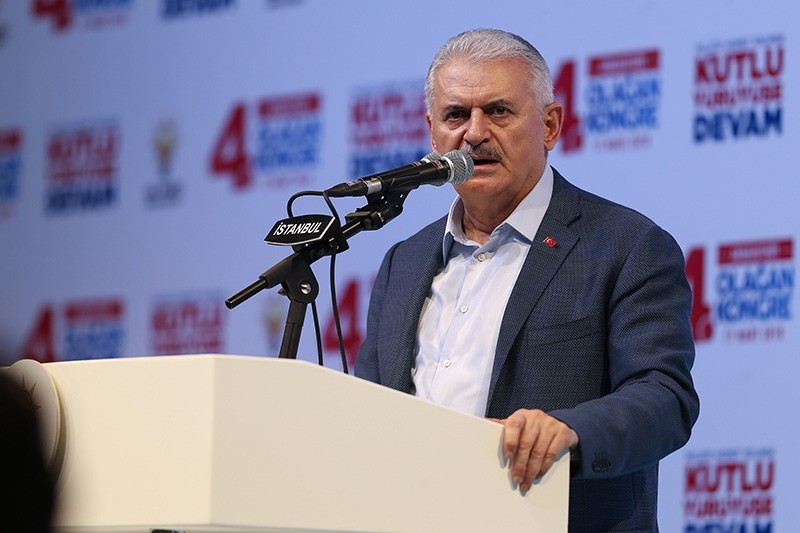 Prime Minister Binali Yıldırım on Saturday described a European Parliament motion against Turkey's ongoing operation in Syria's Afrin as an "eclipse of reason."

The prime minister's remarks came at the ruling Justice and Development (AK) Party's 6th provincial congress in the Küçükçekmece district of Istanbul.

"It is understood that the European Parliament is in a state of eclipse of reason. They can't explain why they are uncomfortable with Turkey's fight against terrorism, neither to us nor to the world," Yıldırım said.

On Thursday, the European Parliament drafted a joint motion calling on Turkey to withdraw its troops from Syria's Afrin region.

President Recep Tayyip Erdoğan previously criticized the joint motion, saying Turkish troops will not leave until their "job is done."

The president said that the EP has no right to tell Turkey what to do, adding that Turkey is not a scapegoat.

"The motion has shown once again that an institution like the EP is unaware of what is going on in Syria and has drifted apart from seeing developments on the field," Çelik said.

Çelik noted that the draft motion is one of the most visionless motions prepared by the EP in the past few years.

Turkey launched Operation Olive Branch in Syria's Afrin on Jan. 20 to remove the PKK/PYD/YPG/KCK and Daesh terrorists from northwestern Syria.