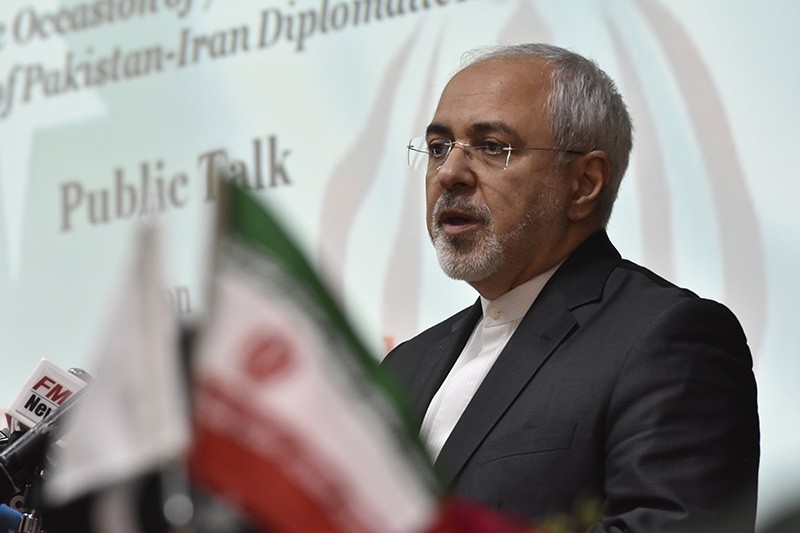 Mohammad Javad Zarif (C) Iranian Foreign Minister, attends a ceremony to mark the 70th anniversary of the establishment of relations between Iran and Pakistan, in Islamabad, Pakistan (EPA Photo)
by Associated Press
Mar 18, 2018 12:00 am

The state-run IRNA news agency cited a Foreign Ministry spokesman as saying that Mohammad Javad Zarif was hospitalized for a few hours on Saturday and has cancelled all his meetings on Sunday so he can rest. The spokesman did not provide further details on his illness.

Zarif, a relative moderate, was the lead negotiator in the talks leading up to the 2015 nuclear accord with world powers. He was briefly hospitalized with back pain in October 2013.