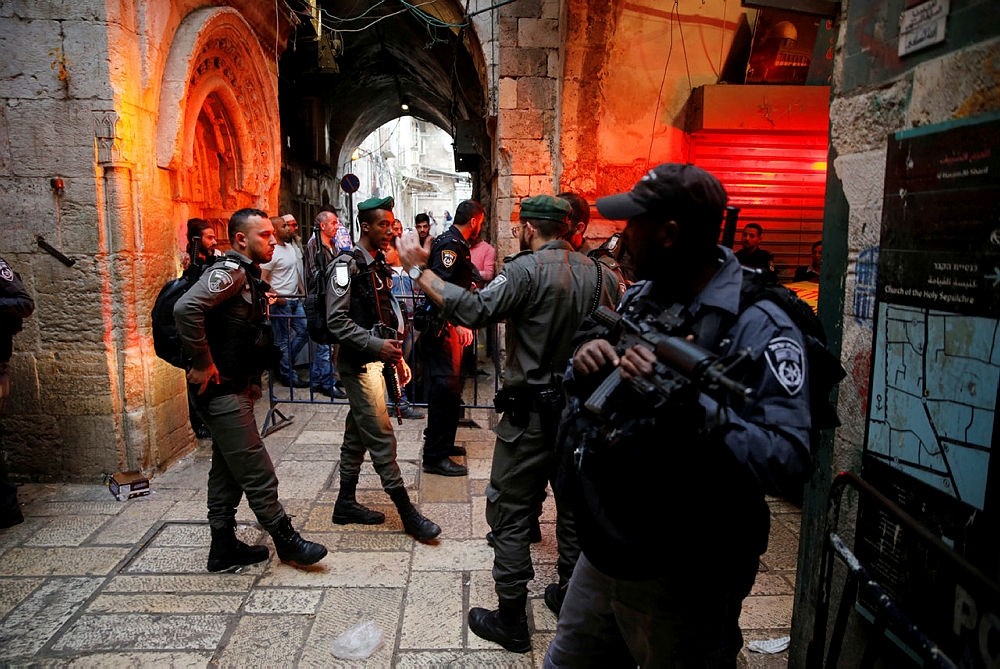 A Palestinian stabbed and fatally wounded an Israeli security guard in Jerusalem's Old City on Sunday before being shot dead by a police officer, Israeli authorities said.

The private security guard, said by police to be in his 30s, was taken to a hospital in critical condition after suffering a stab wound to his torso. He died in the hospital late Sunday night, a hospital spokesperson said.

Israel's Shin Bet security agency named the attacker as Abdel Rahman Bani Fadel, 28, a Palestinian father of two from the village of Akraba near the town of Nablus in the occupied West Bank.

The attack comes after a Friday car ramming attack by a Palestinian near Jenin in the northern West Bank that killed two Israeli soldiers and wounded two others, according to the army.

Palestinians also see the city as their capital and Trump's recognition broke with decades of U.S. policy that Jerusalem's status would be negotiated between the parties.

At least 32 Palestinians and four Israelis have been killed since Trump's announcement, which set off major protests.