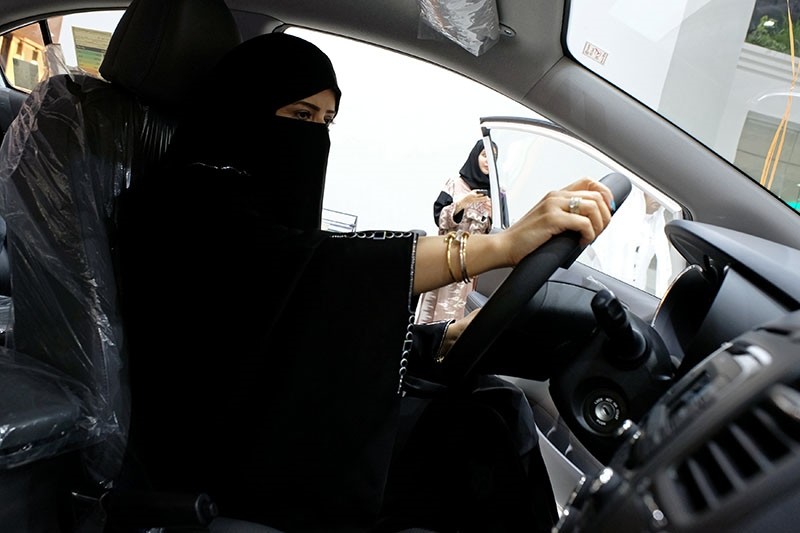 Women in Saudi Arabia need not wear a head covering or the black abaya - the loose-fitting, full-length robes symbolic of Islamic piety - as long as their attire is "decent and respectful," the kingdom's reform-minded crown prince said.

With the ascent to power of young Prince Mohammad bin Salman, the kingdom has seen an expansion in women's rights including a decision to allow women to attend mixed public sporting events and the right to drive cars from this summer.

The changes have been hailed as proof of a new progressive trend towards modernization in the deeply conservative Muslim kingdom, although the gender-segregated nation continues to be criticized for its continued constraints on women.

"The laws are very clear and stipulated in the laws of sharia (Islamic law): that women wear decent, respectful clothing, like men," Prince Mohammed said in an interview with CBS television aired late on Sunday.

"This, however, does not particularly specify a black abaya or a black head cover. The decision is entirely left for women to decide what type of decent and respectful attire she chooses to wear."

A senior cleric said last month that women should dress modestly, but this did not necessitate wearing the abaya.

It remains unclear if these statements signal a change in the enforcement of women's dress code in the kingdom. Saudi Arabia has no written legal code to go with the texts making up sharia, and police and judiciary have long enforced a strict dress code requiring Saudi women to wear abayas and in many cases to cover their hair and faces.

But the kingdom has witnessed a cautious new climate of social freedoms with the rise of the 32-year-old crown prince to power after decades of elderly rulers.

Saudi women have started wearing more colorful abayas in recent years, the light blues and pinks in stark contrast with the traditional black. Open abayas over long skirts or jeans are also becoming more common in some parts of the country.

On March 8, a group of women in the Saudi city of Jeddah marked International Women's Day by exercising one of their newly acquired freedoms: the right to go for a jog, paying no heed to bemused onlookers.

However, activists have blasted the country's continued guardianship system requiring a male family member to grant permission for a woman to study abroad, travel and other activities.

Last week, a U.N. rights watchdog called on Saudi Arabia to end discriminatory practices against women including male guardianship and give them full access to justice.