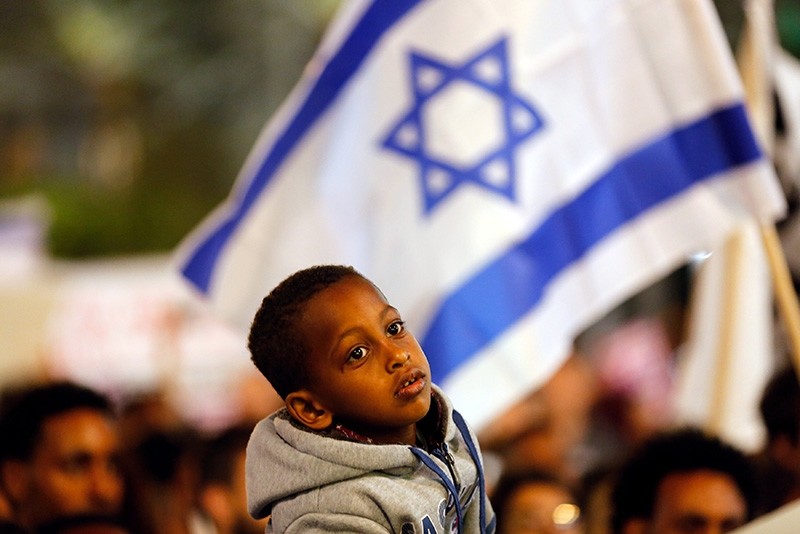 One of Israel's chief rabbis sparked outcry last week when he compared black people "monkeys," as the country carries out a controversial plan for the mass expulsion of thousands of African migrants.

Rabbi Yitzhak Yosef, who represents Israel's Sephardic Jews of Middle Eastern and North African descent, made the comment during his weekly sermon.

"We don't say a blessing for every negro," Yosef said. "He needs to be a negro whose mother and father are white. You know, they had a monkey for a son, they had a son like that."

His office said he was citing a passage from the Talmud when he used a derogatory term for a black person and then interchanged it with monkey.

Yosef has gotten into trouble before for suggesting secular women behave like animals because they dress immodestly.

Israeli Prime Minister Benjamin Netanyahu in January announced implementation of a program to remove African migrants who entered the country illegally, giving them a choice between leaving voluntarily or facing indefinite imprisonment with eventual forced expulsion.

The country's deportation or imprisonment plan has drawn criticism from the United Nations refugee agency as well as from some Israelis and rights activists. Israeli officials say that no one they classify as a refugee or asylum seeker will be deported, though the process of granting asylum has been criticized as extremely slow and biased against claims. Only a handful of asylum claims have been approved in recent years.