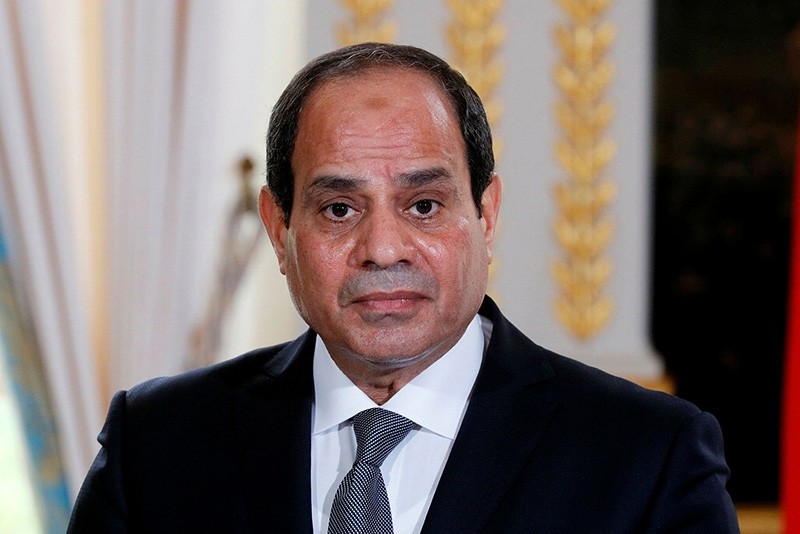 Egypt's election commission announced Monday that President Abdel-Fattah el-Sissi won a second, four-year term in office with more than 97 percent of the vote in last week's election, with turnout of 41.05 percent.

El-Sissi faced no serious challenger, after a string of potentially strong candidates withdrew under pressure or were arrested. His sole opponent, little-known politician Moussa Mustafa Moussa, was a supporter of the president who made no effort to challenge him. He won less than 3 percent of the vote.

The vote harkened back to the yes-or-no referendums held by Egypt's autocratic leaders in the decades before the 2011 uprising raised hopes of democratic change.

Authorities went to great lengths to boost turnout, using the state's vast resources to get voters out and threatening to fine anyone boycotting the election, whose result was a foregone conclusion.

"The election was an epic of love dedicated to Egypt," said Lasheen Ibrahim, the head of the election commission, who announced the official results in a televised news conference. "It was an epic that embodied the struggle of the people for justice, dignity and democracy."

Addressing voters, Lasheen said: "You proved your love for Egypt and that you were and still are behind your country. Your participation was not in response to either promises or threats, but rather motived only by your love for Egypt."