World condemns Israel's use of live fire against Palestinians 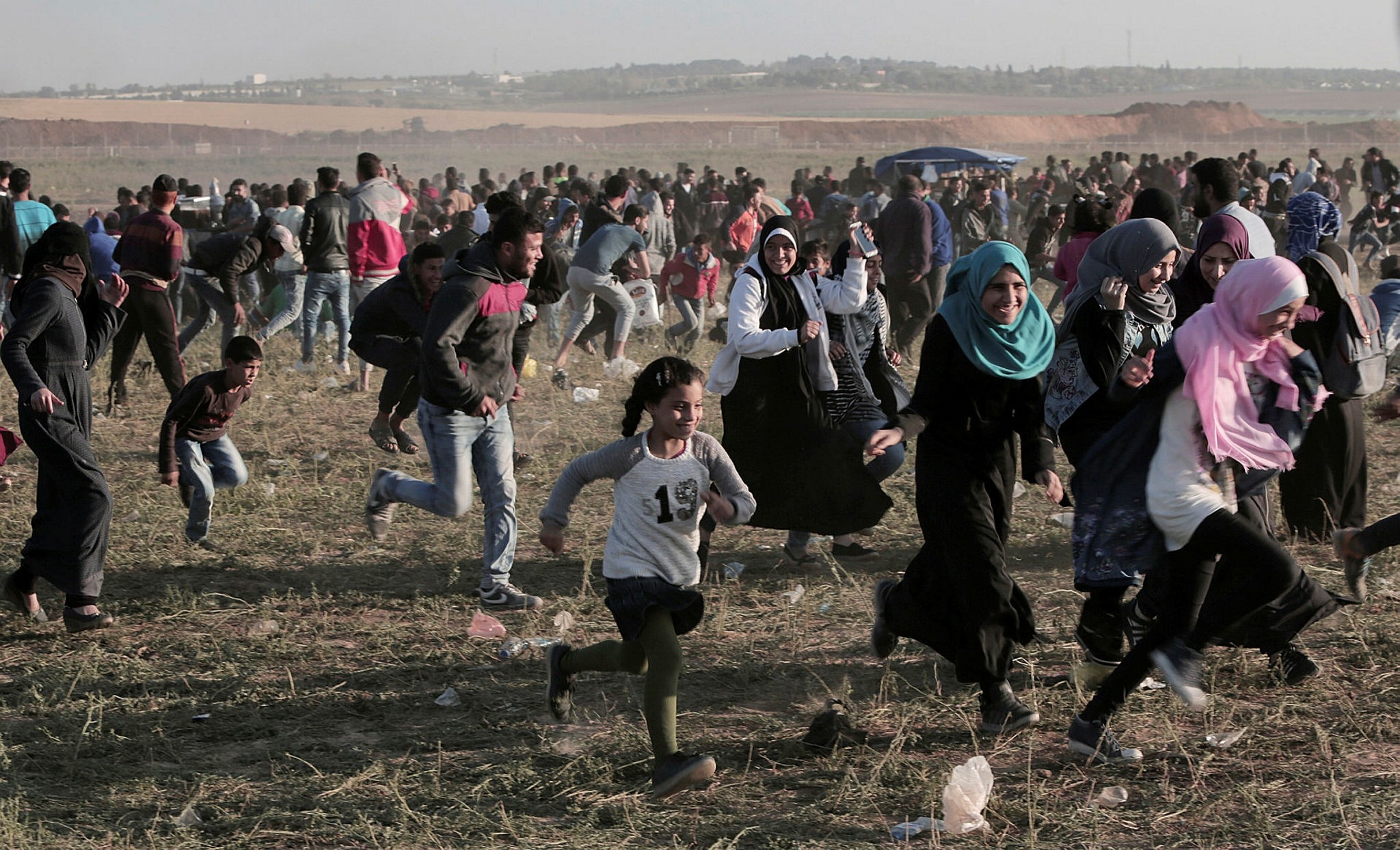 Palestinian protesters run for cover from teargas fired during clashes with Israeli troops along the Gaza Strip, east of Beit Lahiya, March 31.
by Compiled from Wire Services Apr 02, 2018 12:00 am

A growing list of world leaders condemned Israeli attacks on civilians in the Gaza Strip that killed 16 Palestinians during peaceful protests. The German Foreign Ministry voiced deep concern for the tension between Palestinians and Israeli security forces.

The clashes made evident it is "absolutely necessary" to "resume negotiations" between the Palestinians and Israelis, it said in a statement, as reported by Anadolu Agency (AA).

"Only in this way can there be a solution that gives all people living between the Mediterranean and the Jordan River the right to a dignified life and self-determination."

In the U.K. Minister of State for Middle East and North Africa expressed similar concerns.

"Deeply concerned and saddened at events in Gaza. UK calls for calm and restraint and renewed & urgent commitment to political processes to resolve the issues which violence cannot," Alistair Burt said on Twitter.

Also joining the chorus of concern was Italian Foreign Minister Angelino Alfano, who urged both parties to find an urgent solution that would ease tension and allow Israelis and Palestinians to live in peace and security.

On the diplomatic front, U.N. chief Antonio Guterres and European Union diplomatic chief Federica Mogherini called for an "independent and transparent investigation" into Israel's use of live ammunition.

But a motion put forward before the U.N. Security Council by Kuwait late Saturday calling for such a move was rejected by the United States. Israel defended the army firing at Palestinians who broke away from the main protest of tens of thousands and neared the heavily fortified fence around the Gaza Strip.

"Well done to our soldiers," Prime Minister Benjamin Netanyahu wrote in a statement Saturday, according to Agence France-Presse (AFP).

"Israel acts vigorously and with determination to protect its sovereignty and the security of its citizens."

In addition to the 16 Palestinians killed, more than 1,400 were wounded Friday, 758 of them by live fire, with the remainder hurt by rubber bullets and tear gas inhalation, according to the health ministry in Gaza. Palestinians accused Israel of using disproportionate force, saying its soldiers opened fire on protesters who did not pose a threat, while human rights groups questioned Israel's use of live fire. Palestinian President Mahmud Abbas declared Saturday a day of national mourning, and in a speech said he held Israel fully responsible for the deaths.

The protest is scheduled to culminate on May 15, when Palestinians mark the "Nakba" or "Catastrophe" when hundreds of thousands fled or were driven out of their homes in 1948, when the state of Israel was created.

Israel has long ruled out any right of return, fearing it would lose its Jewish majority. On Saturday, Israeli troops using live ammunition and rubber bullets shot and wounded about 70 Palestinians among demonstrators at the border, Palestinian officials said. Witnesses said stones were thrown at the soldiers.