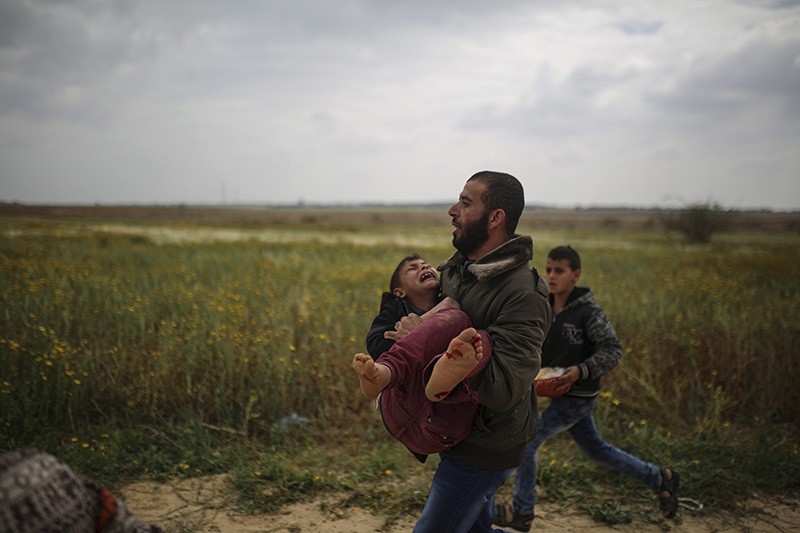 Israeli Defense Forces (IDF) deleted a tweet that added to incriminating evidence on the deliberate slaying of more than a dozen Palestinian civilians over the weekend.

"Yesterday we saw 30,000 people; we arrived prepared and with precise reinforcements. Nothing was carried out uncontrolled; everything was accurate and measured, and we know where every bullet landed," IDF tweeted on Saturday, later deleting the post.

At least 16 Gazans were killed and more than 1,400 of others injured by Israeli fire on Friday, as Palestinians staged demonstrations on "Land Day," the annual commemoration of the deaths of six Arab Israeli citizens killed by Israeli forces in 1976.

"The Israeli military tweeted they knew 'where every bullet landed,' then deleted it, probably because there is video showing their bullets landing in the backs of unarmed protesters," the executive director of the U.S. Campaign for Palestinian Rights, Yousef Munayyer, tweeted in response.

The Turkish government also strongly condemned the violence, and President Recep Tayyip Erdoğan said Sunday, "Israel has carried out a massacre in Gaza and Netanyahu is a terrorist."

International human rights groups criticized Israel's use of live ammunition on the protesters, while U.N. Secretary-General Antonio Guterres called for an inquiry into the deaths.

Despite Friday's bloodshed, Israeli forces threatened a "stronger response" on Saturday, using live ammunition and rubber bullets, and wounding about 70 Palestinians among demonstrators at the Gaza border.

The rallies are the beginning of a six-week protest that culminates May 15 -- the day Palestinians call Nakba, or Catastrophe, when Israel was founded.

Demonstrators are demanding Palestinian refugees be allowed the right of return to towns and villages their families fled or were driven out of when Israel was created in 1948.