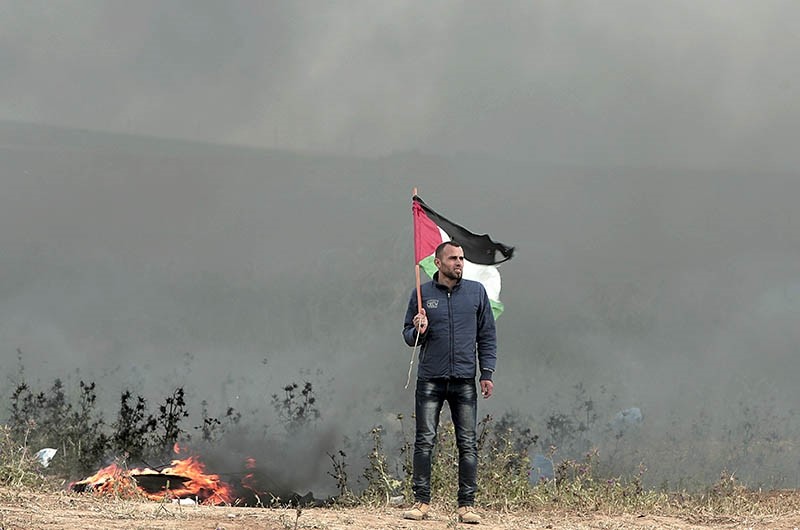 A Palestinian was shot dead by Israeli forces on the Gaza border Tuesday, the health ministry in the strip said, as tensions remained high days after 17 people were killed when a mass demonstration led to clashes.

The ministry identified the dead man as 25-year-old Ahmed Arafa, saying he was shot in the chest during clashes east of Bureij in central Gaza.

Israel's army said in a statement that "throughout the day, tens of Palestinians participated in violent riots in four main locations along the Gaza border."

It added that "troops used riot dispersal means, and fired towards suspects who were involved in damaging the security fence."

It was the first death since at least 17 Palestinians were killed by Israeli troops on Friday when a protest by tens of thousands of people resulted in clashes. That was the deadliest day since the 2014 war between Israel and Hamas.

Smaller protests have continued since, with thousands expected to take to the streets again on Friday.

Israel's use of live fire has come under criticism from rights groups, while the European Union and U.N. chief Antonio Guterres have called for an independent investigation.

But earlier Tuesday, Israeli Defense Minister Avigdor Lieberman issued a new warning, saying those who approach the fence between Gaza and Israel will put "their life in danger."

Israel has defended its soldiers' actions on Friday, saying they opened fire only when necessary against those throwing stones and firebombs or rolling tires at soldiers.

It said there were attempts to damage the fence and infiltrate Israel, while alleging there was also an attempted gun attack against soldiers along the border.

Palestinians say protesters were fired on while posing no threat to soldiers.