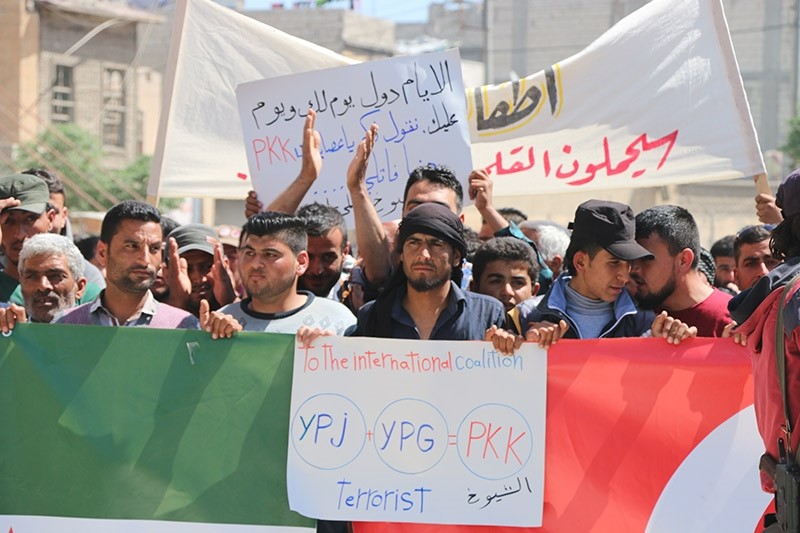 Hundreds of Syrians on Friday protested in the city of Jarablus against the YPG/PKK terrorist group's occupation of northern Syria.

In August 2016, Jarablus, a city in Syria's northwestern Aleppo region, was captured from the Daesh terrorist group by the Turkish-led Operation Euphrates Shield.

Hundreds of people gathered in the city center to protest the YPG/PKK terror group, which occupies one-fourth of the country.

Scores of people carried Turkish flags during the demonstration.

The demonstrators also held banners in English, Turkish, and Arabic that read "To the international coalition: YPJ + YPG = PKK terrorist" and "Terrorist PKK, PYD even though you burn or steal our homes we won't stop demanding our land."

The YPG is the armed Syrian offshoot of the PKK/PYD, while YPJ is the female armed brigade of the PYD.

The PKK, listed as a terrorist group by Turkey, the U.S. and the EU, has waged a terror campaign against Turkey for more than 30 years, killing nearly 40,000 people.