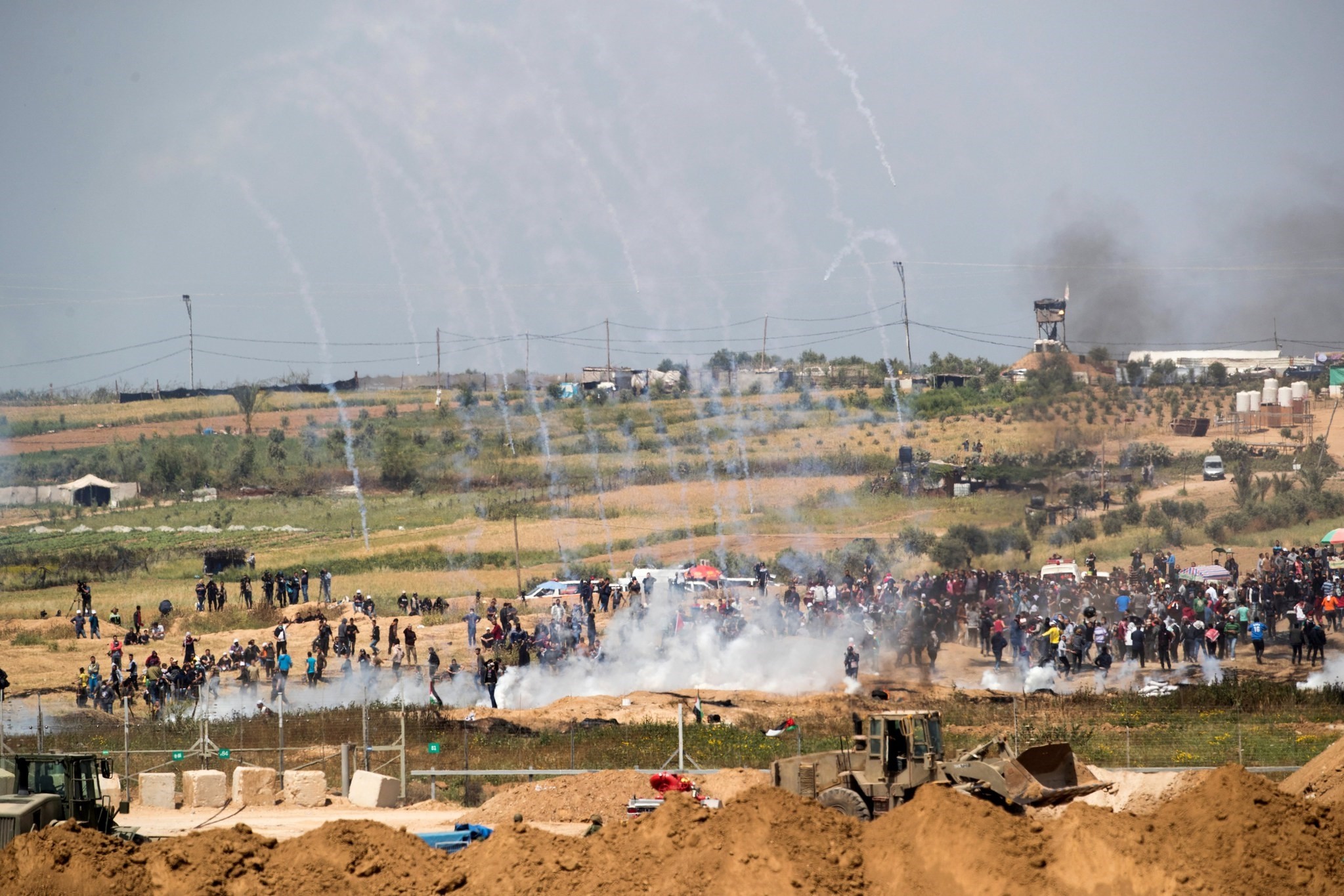 Tear gas canisters fired by Israeli forces fall around Palestinians from Gaza during a protest march at the Israeli Gaza border near Nahal Oz, facing the Gaza neighborhood of Shajaiyaon, April 6, 2018. (EPA Photo)
by Compiled from Wire Services Apr 06, 2018 12:00 am

The United Nations human rights office urged Israel on Friday to ensure that its security forces do not use excessive force against Palestinian protesters at the Gaza-Israel border.

Firearms should only be used as a last resort, and unjustified recourse to their use may amount to willful killing of civilians, a breach of the Fourth Geneva Convention, U.N. human rights spokeswoman Elizabeth Throssell told a briefing.

A Palestinian died on Friday of wounds suffered a week ago during protests against Israel along the enclave's border, health ministry officials said. That raised to 20 the death toll in clashes with Israeli soldiers that began on March 30.

According to the Palestinian Health Ministry, more than 1,500 Palestinian demonstrators have been injured -- many seriously -- over the same period.

Last Friday's border rallies kicked off a six-week demonstration that will culminate on May 15, which will mark the 70th anniversary of Israel's establishment -- an event Palestinians refer to as the "Nakba" or "Catastrophe".

Demonstrators demand that Palestinian refugees be granted the "right of return" to their towns and villages in historical Palestine, from which they were driven in 1948 to make way for the new state of Israel.

In the run-up to the mass demonstrations last week, Israel deployed thousands of troops on the border, threatening to use live ammunition against anyone who threatened Israel's "security infrastructure".